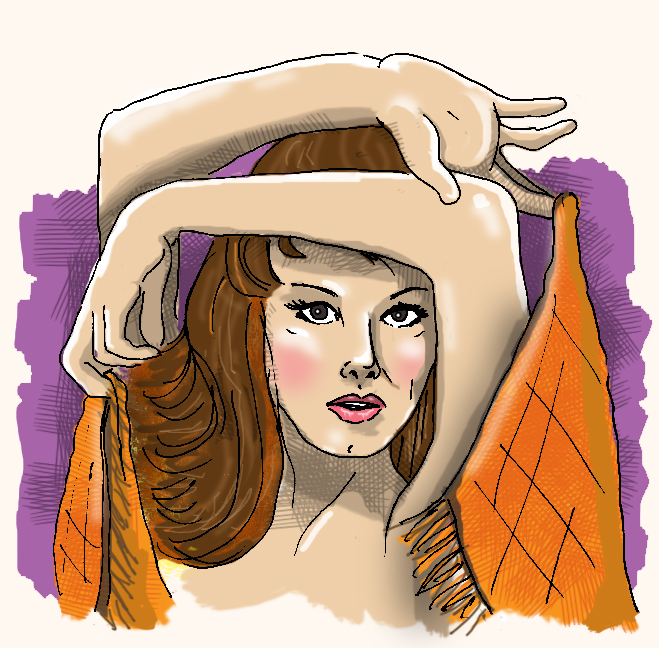 With her dark hair, dark eyes and exotic beauty, Victoria Vetri was destined for stardom. She wrote poetry, sang and tried her hand at acting. In Hollywood, Victoria was cast in early roles portraying women from a variety of nationalities – Mexican, Italian, Native American – in motion pictures and episodic television. She turned down the offer to sing for Natalie Wood in West Side Story, choosing not to to have her talent relegated to “behind the scenes.” Victoria auditioned for, but lost, the title role in Stanley Kubrick’s Lolita.

In 1967, she appeared as Playboy‘s Miss September under the pseudonym “Angela Dorian, ” a sly play on the name of the ill-fated cruise ship SS Andrea Doria that sunk off the coast of Nantucket in 1956. Victoria was showered with gifts when she was named Playmate of the Year in 1968. Her centerfold was secretly attached to the lunar landing checklist of Apollo 12 (the second manned launch to the moon) as a prank on Mission Commander Pete Conrad. A caption was added reading “See any interesting hills or valleys?,” a reference to Victoria’s physical endowments.

She rode her Playboy fame to land a small role in the film Rosemary’s Baby. In a scene early in the movie, Mia Farrow stumbles upon Victoria in her apartment building’s laundry room and notes that she bears a striking resemblance to the actress Victoria Vetri. Victoria was listed in the film’s credits as “Angela Dorian,” and this line was inserted into the script as a joke.

In 1969, Victoria signed a long term contract with Warner Brothers and starred in the prehistoric, though anachronistic, fantasy When Dinosaurs Ruled the Earth. The low budget film, featuring Victoria in a blond wig, was very popular and a box-office hit. Victoria was regularly cast in television dramas, Westerns and comedies. She appeared in such diverse roles as sidekick to Victor Buono’s King Tut villain in Batman, an alien in the “Assignment: Earth” episode of Star Trek, and a potential mother for young Eddie Corbett in the premiere episode of The Courtship of Eddie’s Father. She even posed topless one more time, at age 40, for Playboy in a pictorial entitled “Playmates Forever!”

Victoria Vetri, now Mrs. Bruce Rathgeb, shot her husband in the chest at close range during a heated argument. Police were called to the couple’s modest Hollywood apartment, a far cry from the glamorous surroundings that Victoria was once accustomed to. At first she said her husband was shot by a drug dealer.  She was subsequently jailed on $1.5 million bail. In September 2011,  forty-four years after she graced the pages of Playboy, Victoria was sentenced to nine years in prison for attempted voluntary manslaughter. She will be 76 when she is released.