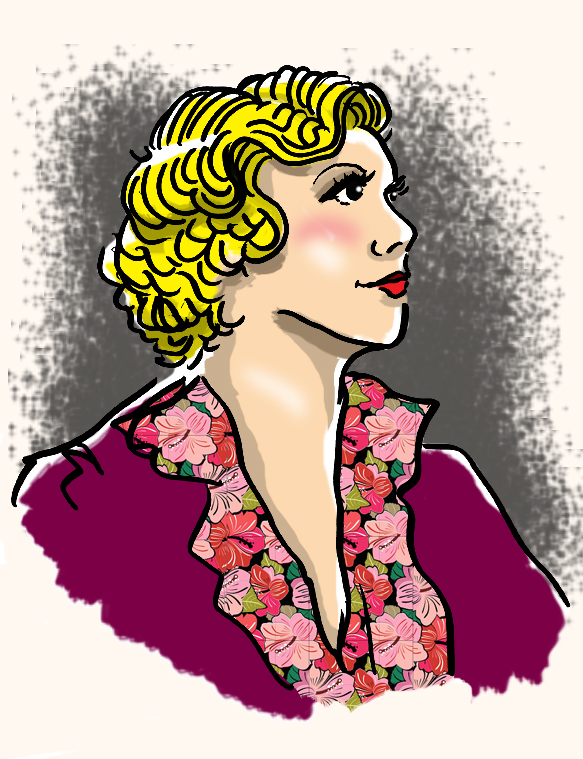 Gladys George made her stage debut at age 3 alongside her showbiz parents. It was her Broadway debut, at age 18 opposite Isadora Duncan, that seemed to be Gladys’ path to stardom.

She was a hit in the comedy Personal Appearance, which Mae West adapted for the film Go West, Young Man. West took Gladys’ role in the film. After a few small parts in movies, Gladys was nominated for an Oscar for her portrayal of prostitute Carrie Snyder in the drama Valiant is the Word for Carrie in 1936. She was unable to parlay her notoriety into bigger parts and was relegated to mostly character roles.

Gladys shared the screen with such Hollywood heavyweights as Humphrey Bogart and James Cagney, but she couldn’t regain her starring status. She played Doris Day’s alcoholic mother in the musical Lullaby of Broadway in 1951 and followed that with guest stints in early episodic television. At 46, she married her third husband, a hotel bellhop, twenty years her junior.

Suffering from a number of ailments including throat cancer, heart disease and cirrhosis of the liver, Gladys eventually passed away from a cerebral hemorrhage at 54 in 1954.