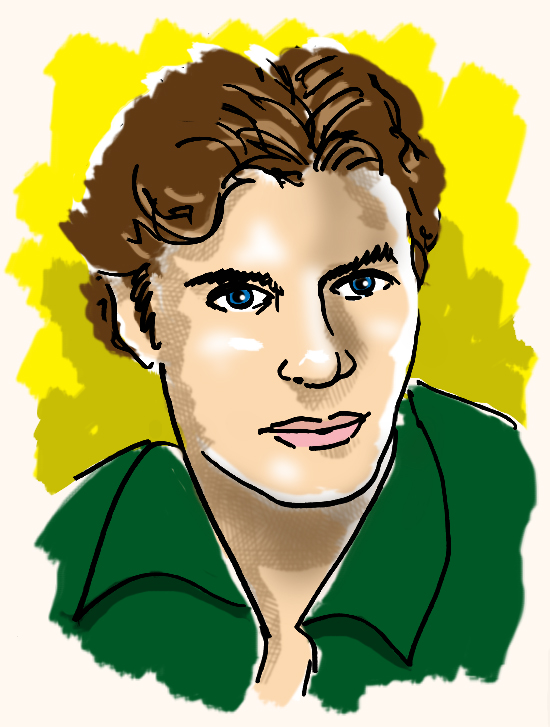 Twenty-three year old Jon-Erik Hexum took his college diploma and his good looks and headed to New York City to persue an acting career. He took a job cleaning apartments until he struck gold — and it paid off. Jon-Erik met Bob LeMond, John Travolta’s manager. LeMond saw real acting potential in Jon-Erik and urging him to audition for the male lead in Summer Lovers. He lost the part to Peter Gallagher, but was soon cast as Phineas Bogg, a time-traveler in a TV series pilot called Voyager from the Unknown. The show, now called Voyagers!, was picked up by NBC and was on the 1982 Fall schedule. Jon-Erik and his young co-star Meeno Peluce (actress Soleil Moon Frye’s older half-brother) filmed twenty episodes until CBS ratings powerhouse 60 Minutes trounced Voyagers! and it was canceled.

Jon-Erik sprang back quickly, landing a role opposite Joan Collins in the TV movie Making of a Male Model and later a guest role in the anthology series Hotel. In 1984, he showed up on the big screen in a featured part in the biopic The Bear, the story of famed football coach Bear Bryant.

Another series was offered to Jon-Erik and he took it. The show was Cover Up and his co-star was model-turned actress Jennifer O’Neill (one of the most married women in Hollywood – nine times to eight husbands). Cover Up told the far-fetched story of a CIA agent posing as a male model. Jon-Erik described his character as “part-James Bond, part-Indiana Jones, part-Superman.” Cover Up debuted in September 1984 and was fairly popular.

During a lull in the filming of Cover Up‘s seventh episode, Jon-Erik and a few cast members were sitting around the set. Jon-Erik was fooling with a prop .44 Magnum handgun. He believed he had emptied its chambers of the unspent blanks from in the previous scene. As a joke, he placed the muzzle of gun to his temple and pulled the trigger. A forgotten blank — a mass of wadded paper propelled by gunpowder — was released. The force blew a quarter-sized piece of Jon-Erik’s skull into his brain. He was rushed to Beverly Hills Medical Center, when he endured five hours of delicate surgery.

Six days after the accident, Jon-Erik was declared brain dead and removed from life support. A number of his vital organs were dispersed around the country to various recipients, including a woman who had waited eight years for a kidney.

With a short three-year career as his legacy, Jon-Erik’s life ended at 26.