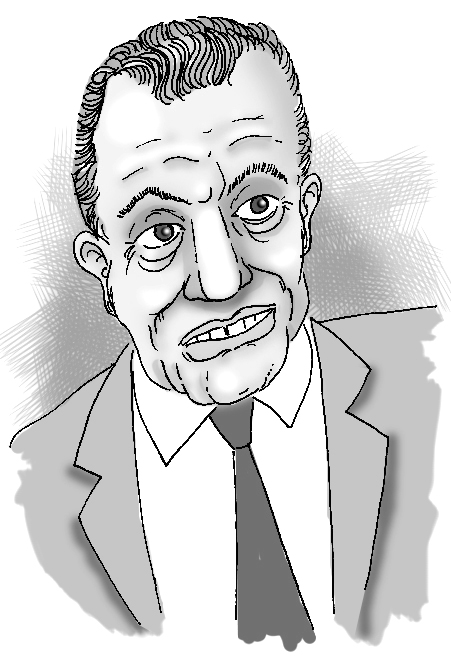 After serving in the US Army during World War II, William Talman found work in Hollywood as a character actor, first in films then in various roles in anthology television series. In 1957, he went to an audition that would change his career. He read for the lead in a proposed courtroom drama series opposite another character actor Raymond Burr as the Los Angeles District Attorney. The series was based on the adventures of a lawyer named Perry Mason, a characetr created by former attorney turned author Erle Stanley Gardner. During the reading, Gardner suggested that William switch roles with Mr. Burr and television history was made. Perry Mason  ran for nine years. It ranked in the top ten shows for six of those years. As the beleaguered DA Hamilton Burger, William suffered from the longest losing streak in history. Over the course of 271 episodes, William’s character lost all but three cases.

At the height of Perry Mason ‘s popularity, William was arrested on charges of “immoral conduct.” He was one of several guests at a Beverly Hills party that was raided by LA County deputies. Most of the guests (including William) were nude when authorities arrived on a tip to search for marijuana. Charges were dismissed when the judge ruled that “being naked in a private home cannot possibly be a crime.”

After Perry Mason was canceled, William appeared in guest roles on popular drama series, like Wild Wild West and The Virginian.

A life-long smoker, William was diagnosed with lung cancer. He became the first actor in Hollywood to film an anti-smoking commercial for the American Cancer Society. He requested that it not be shown until after his death. The commercial opened with William saying, “Before I die, I want to do what I can to leave a world free of cancer for my six children… ”

William filmed a second commercial at his home with his family and friend, co-star Raymond Burr. In the short film,  he explained, “You know, I didn’t mind losing those courtroom battles, but I’m in a battle now I don’t want to lose at all. Because if I lose it, it means losing my wife and those kids you just met. I’ve got lung cancer…If you don’t smoke, don’t start. If you do smoke, quit! Don’t be a loser.”

Four weeks after filming, William passed away at the age of 53.