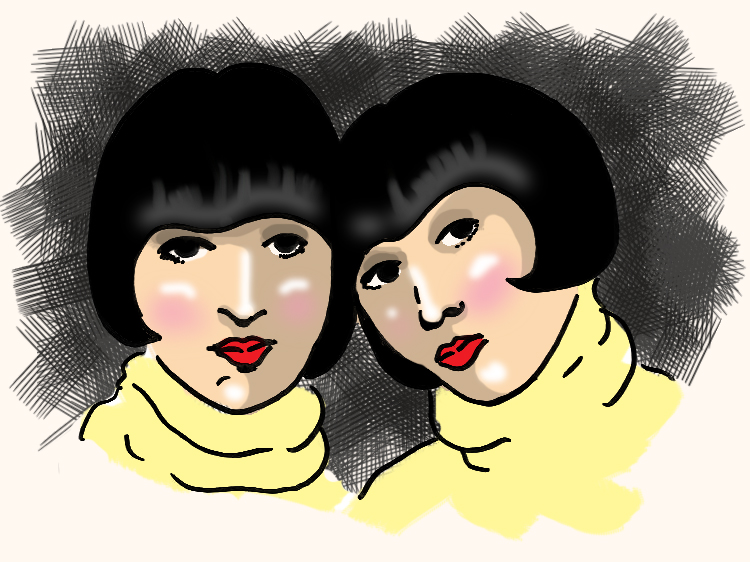 At 13, twins Roszika and Janszieka Deutsch emigrated to the United States from their native Hungary. The energetic and rambunctious sisters were kicked out of a strict Catholic school for their lascivious dancing. But, by 1911, the talented and strikingly beautiful twins were front and center-stage in the famous Ziegfeld Follies.

For the next decade, the newly christened Rosie and Jenny Dolly (so named by a show producer for their resemblance to porcelain dolls) performed privately for kings, princes and the upper crust of society, in addition to appearing on grand stages across Europe and the United States. They even managed to grace the silver screen in a half dozen films.

Rosie and Jenny were the objects of desire of many men. They both carried on a long affair with department store magnate Harry Gordon Selfridge, who was 33 years their senior. Selfridge (who coined the business credo “The customer is always right” and the holiday catch phrase “Only [number] shopping days until Christmas) lavished gifts of cars and jewelry upon the girls.

In the 20s, the Dolly Sisters took their act for an extended run in Paris. There, they staged elaborately-themed shows featuring beautiful costumes and over-the-top scenery. Jenny met notorious French gangster Max Constant. One morning, Max took Jenny for a ride in his car and plowed into a line of trees. Jenny was seriously injured. Her rehabilitation lasted six weeks and required 15 separate surgical procedures. Despite reconstructive plastic surgery, Jenny felt she was reduced to a “shell of her former self” and she fell into a deep, unshakable depression. Soon afterwards, the French government fined Jenny over 750,000 dollars for evading customs on her jewelry purchases. Physically scarred, despondent and nearly broke, Jenny hanged herself in her shower with the sash from her robe.  She was a few months from her 50th birthday.

Rosie lived long enough to see Hollywood tell her story in The Dolly Sisters starring Betty Grable and June Haver (Mrs. Fred MacMurray). However, Rosie attempted suicide in 1962, but was unsuccessful. Rosie eventually passed away from heart failure in 1970.