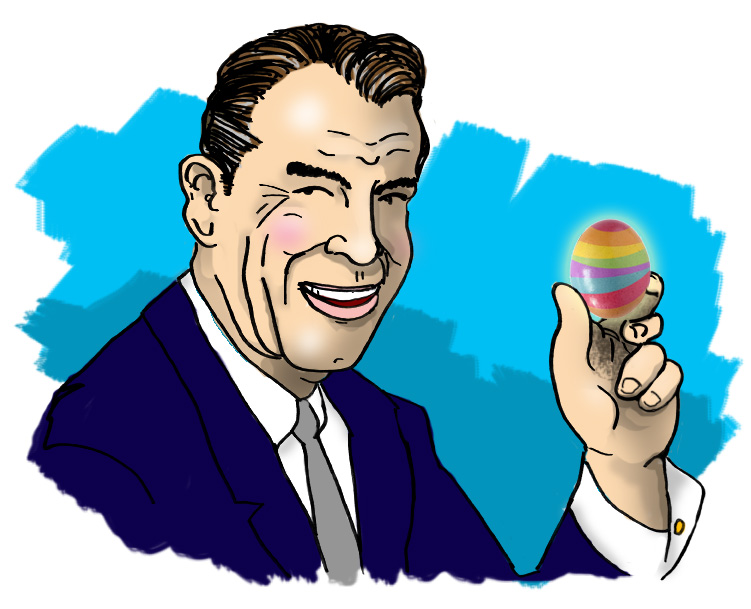 Fred MacMurray was one of the biggest stars in the heyday of Hollywood. He worked with top directors, like Billy Wilder and Preston Sturges. He starred alongside the top stars of the day, like Barbara Stanwyck, Humphrey Bogart and seven films opposite Claudette Colbert. In the late 1950s, Fred’s career was given a shot in the arm with a role in Disney’s family hits The Shaggy Dog, The Absent-Minded Professor and its sequel Son of Flubber.

Fred was approached by TV producer Don Fedderson to star in a weekly sitcom, My Three Sons. Fred, and his wife actress June Haver, had just adopted twin girls and he had hoped to spend more time with his family. The schedule of shooting a sitcom was perfect for him. However, he negotiated an even better deal. Fred arranged to work 65 days per year. All of his scenes were shot at once and the rest of the scenes were shot without him, then pieced together in post-production. While the show’s cast worked a regular schedule, Fred had 10 consecutive weeks off. He’d then return to the set for re-shoots and to wrap things up.

Fred was a wise and shrewd investor in California real estate and became one of the wealthiest men in Hollywood. He was also one of the thriftiest. Co-star William Demarest, who played Uncle Charlie on My Three Sons, remembered, while most of the cast ate at the studio commissary, Fred would bring his lunch to the set in a brown paper bag. Co-star Barry Livingston (who played Fred’s son Ernie) corroborated the story, adding that Fred would bring dyed eggs long after Easter had passed, so they wouldn’t go to waste.

After 12 seasons, My Three Sons was canceled by CBS. Fred appeared in a few films, but retired on his savings in 1979. He lived quietly and very comfortably out of the spotlight until his death from pneumonia in 1991. Fred was 83 years old.