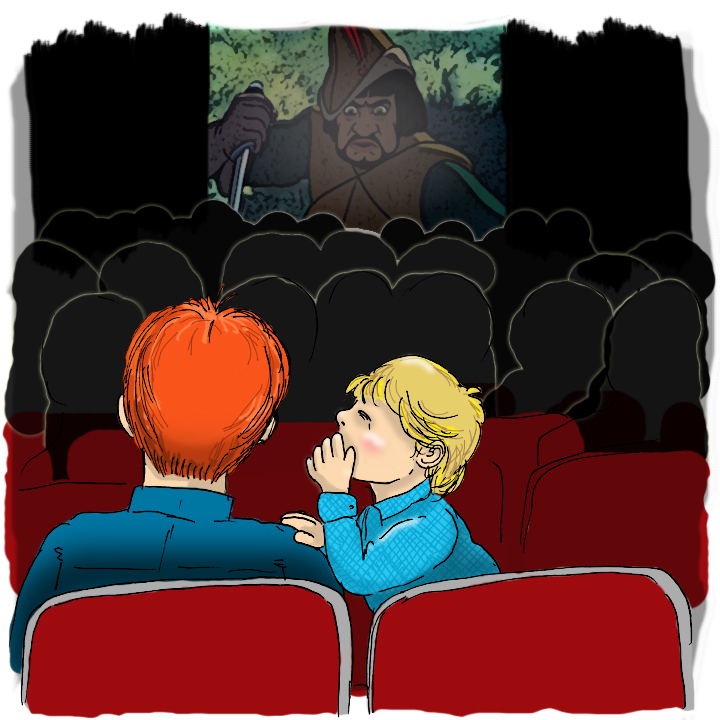 When it comes to horror in films, there is one true master. You’re probably thinking of names like Alfred Hitchcock, John Carpenter or David Cronenberg. Some might even throw in the name of Italian director Dario Argento, whose beautiful on-screen depictions of blood-and-guts slayings have been compared to fine art paintings. But the real master of scare and overlord of fright is Walt Disney. That’s right — good ol’ Uncle Walt! Walt created some of the scariest moments ever committed to film. Scarier than Dracula, or Jason or Freddie because Walt’s target was innocent and unsuspecting. Walt aimed to frighten children. Fans of horror love to be scared, so they go to movies that they know will deliver on their promise. The devious Mr. Disney hid his scares behind the guise of colorful, song-filled stories like Pinocchio and Sleeping Beauty. Happy little characters dance across the screen, gaily singing and frolicking amid cute woodland creatures, then — BAM!  — a whale eats your father and your best friend turns into a goddamn donkey right before your eyes! That Walt! What a bastard!

In 1993, The Walt Disney Company released its 1937 animated masterpiece Snow White and The Seven Dwarfs to theaters for the last time. Disney touted this re-release by noting that this version of the film was the first to be entirely scanned to digital files, manipulated, and recorded back to film (evidently a big deal in the early 90s). With my wife regularly working late on Friday nights, I took my then five-year-old son to the movies to see Snow White.

We arrived at the theater in plenty of time to buy some popcorn and secure ourselves a pair of choice seats. Soon, the interior lights dimmed and we munched our snack as previews of upcoming films flickered on the big screen. Then, the familiar castle icon appeared announcing the beginning of the feature presentation. We settled in and watched as the story unfolded. The ominous Queen paraded in front of her Magic Mirror asking “Who is the fairest of them all?” When the Mirror replies that Snow White, who the Queen has working as a maid, has grown into a beautiful young lady and is now the fairest in the land, the Queen gets thoroughly pissed off. She immediately summons a huntsman to take Snow White into the forest and kill her. Then, she produces a jeweled box. The Queen orders the huntsman to bring the box back to her filled with Miss White’s extricated heart. My son began to squirm.

The huntsman leads the gullible Snow into the woods. She begins picking flowers or some other girly activity when the huntsman draws his knife from its sheath. The screen darkened as the menacing huntsman closed in, his eyes narrowed and blazing, the blade shimmering in the moonlight, inching closer.

Suddenly, my son leaned in and whispered to me in a quivering voice, “Dad, let’s go.”

I placed a comforting arm around his small shoulders said to him, “This movie is called ‘Snow White and the Seven Dwarfs.’  We haven’t seen the dwarfs yet. I have a feeling that he’s not gonna kill her.”

He sat back down in his seat and, sure enough, the huntsman didn’t go through with it. Instead, he burst into tears and begged Snow White’s forgiveness. Within minutes, the screen was awash with colors and music and woodland creatures, all frolicking and alive in song. But — dammit! — if Walt Disney didn’t succeed in scaring the shit out of another little boy.