The Illustration Friday word this week is “book”. 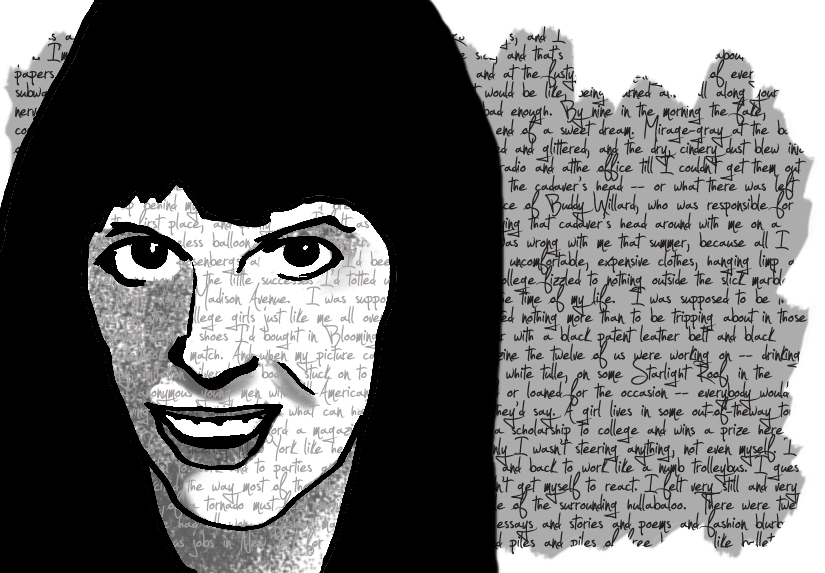 When she wasn’t writing poetry, Sylvia Plath spent a good portion of her life trying to kill herself.  At 21, Sylvia made her first attempt at suicide by taking a handful of her mother’s sleeping pills. When she was discovered three days later, in a crawlspace beneath her house, she chronicled the event with “[I had] blissfully succumbed to the whirling blackness that I honestly believed was eternal oblivion.”

After more attempts at ending her life, including a deliberate car wreck in 1962, Sylvia finally succeeded. Early in the morning on February 11, 1963, while her children slept, she sealed off the kitchen of her small London apartment with wet towels shoved into door jambs and window crevices. She turned the gas oven on, put her head inside and waited. She compared the despair in her life to an “owl’s talons clenching my heart.”

Sylvia’s only novel, The Bell Jar, a not-so-thinly veiled account of her life,  was published only one month before her death.