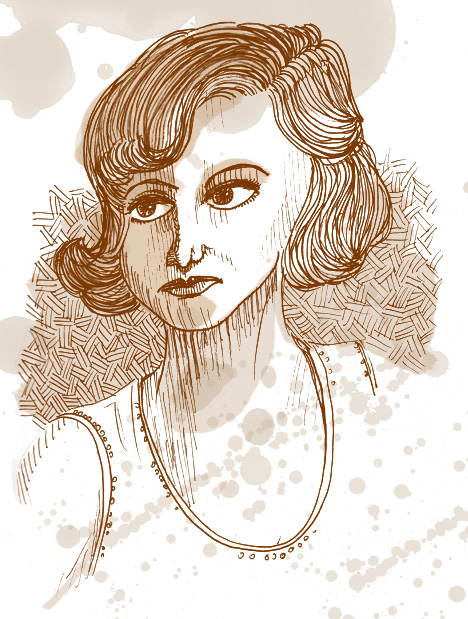 At 19, Lillian Hall-Davis entered the world of acting. Hoping to convey a sophisticated upbringing and high social status, she listed her place of birth as the fashionable Hampstead section of London. In reality, she hailed from the working-class neighborhood of Mile End, where she led a far-from-glamourous life as the daughter of a cab driver. The charade obviously was successful and by the early 1920s, Lillian was one of the most respected and popular actresses in British silent films.

Lillian became one of Alfred Hitchcock‘s favorite actresses. He directed her in two of his early silent pictures, The Ring  in 1927 and The Farmer’s Wife  the following year.

When silent films gave way to talkies, Lillian wasn’t able to comfortably make the transition. After a small role in 1931’s Her Reputation,  Lillian, experiencing exhaustion and chronic dizziness, suffered a nervous breakdown. Soon, the demand for her acting services dwindled to nothing.  On October 25, 1933, Lillian locked herself in the kitchen of her home, turned on the gas, stuck her head in the oven, and cut her own throat with a straight razor. She was 34 years old.