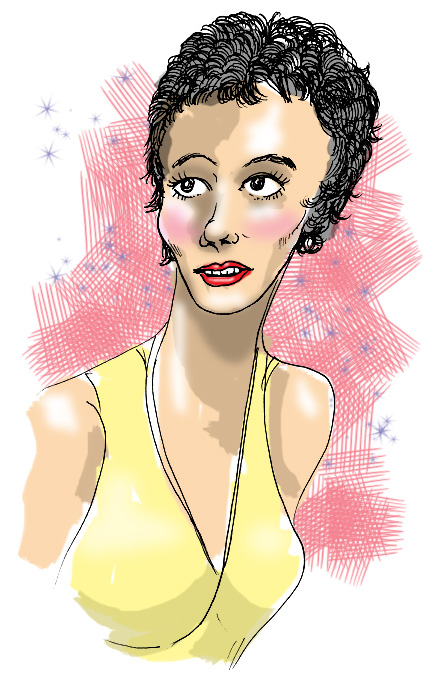 While she attended Textile High School in New York, Maggie McNamara worked as a teen model, becoming one of the most successful models at the John Robert Powers’ modeling agency.

At 23, she made her acting debut, replacing Barbara Bel Geddes in a stage production of The Moon is Blue.  Later the same year, she debuted on Broadway in The King of Friday’s Men,  a comedy that lasted a mere four performances. In 1953, respected director Otto Preminger recruited Maggie to reprise her role in the film version of The Moon is Blue.  Her critically acclaimed performance earned her an Oscar nomination for Best Actress. She followed that role with the romantic comedy Three Coins in the Fountain  alongside Louis Jourdan, Clifton Webb and Dorothy McGuire. Maggie appeared once more on Broadway, in the play Step on a Crack,  which closed after one performance.

After two more films, Maggie concentrated on the growing medium of television, with appearances in the anthology series Twilight Zone, The Alfred Hitchcock Hour  and The Great Adventure.  She also was cast in an episode of the popular medical drama Ben Casey  and the not-so-popular circus program The Greatest Show on Earth,  a Desilu production with Jack Palance that lasted one season. Maggie briefly married director/screenwriter David Swift, a Disney Studios protégé, who was the creative force behind films like Pollyanna  and The Parent Trap,  in addition to non-Disney offerings like How To Succeed in Business (Without Really Trying)  and the TV shows Camp Runamuck  and Mr. Peepers.

Mysteriously, the 1964 installment of Alfred Hitchcock  was her last screen appearance. She dropped out of public view and took a job as a typist in New York City. In 1978, after bouts with depression and a history of mental illness, Maggie was found dead in her apartment from an overdose of prescription sleeping pills. There was a suicide note by her side. She was just a few months shy of her 50th birthday.