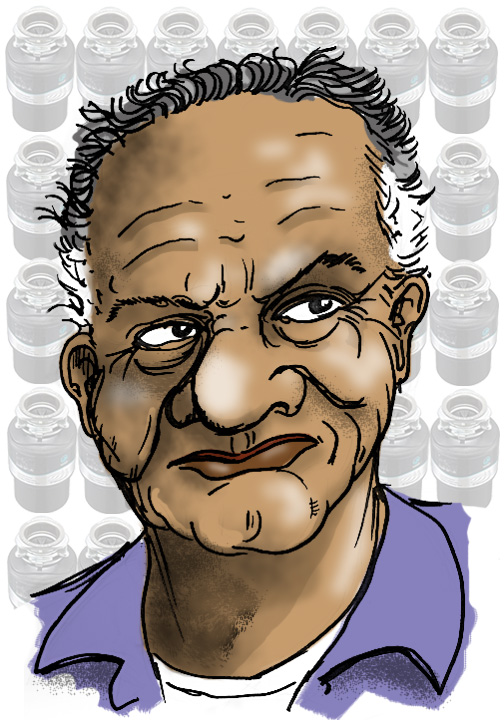 Born in Kingston, Jamaica, Frank Silvera immigrated to the United States with his family as a youngster. Determined to follow his dream of acting, he appeared briefly on Broadway before joining the US Naval Reserves during World War II. After the war, he returned to acting. He was featured in the Audie Murphy western The Cimarron Kid.  This was the first in his career of over seventy-five motion picture and television roles.

Frank was frequently cast in “racially indeterminate” roles. Because he was black with light skin tone, he regularly played Mexicans, Blacks, Polynesians, Indians, Asians and even the occasional white role. On Broadway, he played Ben Gazzara’s father in A Hatful of Rain.  In films, he was usually cast as criminals and other unsavory types, co-starring in Mutiny on the Bounty, Viva Zapata!  and Roger Corman’s take on The St. Valentine’s Day Massacre.  Once he auditioned for a small role as an elevator operator. The producer told him “he wasn’t black enough”. Frank asked “Well, am I light enough for one of the white roles?” The amused producer gave him a part.

Frank founded The Theater of Being in Los Angeles, to help young black actors and actresses get a start in show business. He was also a vocal and active advocate for civil rights in the 1950s and 60s.

In 1970, Frank was attempting to repair a faulty garbage disposal under the kitchen sink in his home when he was accidentally electrocuted. He was 55 years old and a regular cast member on the popular TV western The High Chaparral  at the time.  His final film, Valdez is Coming,  was released after his death.

In 1973, The Frank Silvera Writers’ Workshop Foundation was co-founded by actor Morgan Freeman in Frank’s memory.