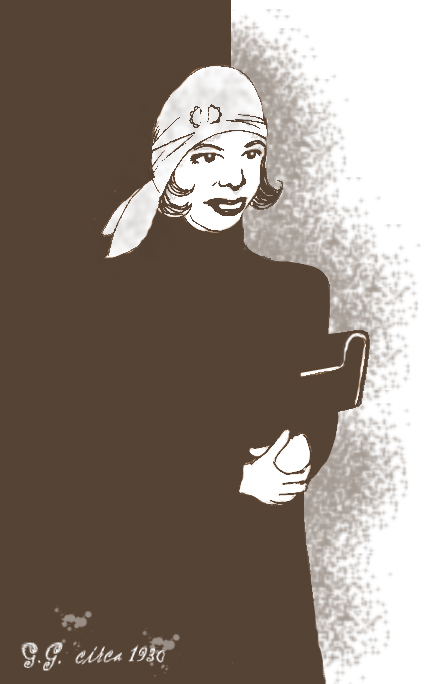 My wife’s grandmother turned 101 this past July. When I met her nearly thirty years ago, she was a feisty, strong-willed woman who called things as she saw them and took no shit from anyone. She came from humble beginnings in Russia and lived an even more humble existence upon her arrival in the United States. She single-handedly raised two children  and by single-handedly, I mean that she got absolutely no help from her perpetually out-of-work husband. Eventually, her husband, through some shrewd maneuvering, became prosperous and his latent financial success allowed her to enjoy the life she always longed for and certainly deserved. She doted on and cared deeply for her children, their ensuing spouses and subsequent children. She hosted elaborate Sunday dinners and made sure everyone was abundantly satisfied. She was generous to a fault, but she also enjoyed frequent gambling excursions to the casinas  as she called them  to win more money with which to be charitable.

My wifes grandmother always held a special place in her heart for her grandchildren and that place grew larger as offspring multiplied with progeny of their own. With the birth of my son twenty-four years ago, the family welcomed the first great-grandchild of the generation. I began referring to my wifes grandmother as GG, short for great grandmother. She approvingly responded to the nickname.

GG lived on her own until well into her 90s. She currently resides in a gracious assisted-living facility. Although her memory is failing with each passing day, her spunky spirit still regularly surfaces. She was lively and animated at her 100th birthday celebration last year, cracking wise in front of an audience of extended family and friends. More recently, she wandered into another residents room late one night and demanded that she “get the hell of my bed!” Lately, though, her pace has slowed, her recognition skills have diminished and her demeanor wavers between happy and terribly sad. After all, she is 101.

My wifes cousin Cuz went to visit GG this past week, as she is his grandmother, too. He hadnt seen her in a long while and arrived to find her in bed, quiet and melancholy. He brought her some ice cream  an all-time favorite  and it seemed to perk her up a bit, but GG was still despondent and detached. Cuz concluded his visit, kissed GG goodbye and went out to his car. On his way home to see his own family, he called his sister. Sis answered the phone in a harried manner, obviously preoccupied with plans and activities concerning her own two children. Cuz reported on GGs status and suggested that Sis pay her a visit of her own. Sis hesitated, then said, You mean now?  Cant it wait until Friday?

Cuz was silent for a moment, and then answered, I don’t know, Sis. Im not a doctor.”