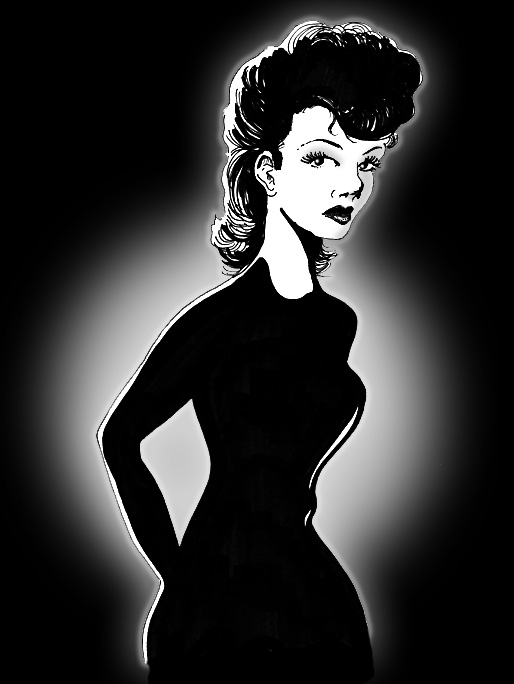 While studying criminal law at the Sorbonne in her native Paris, Corinne Calvet dabbled in acting on French radio dramas and on the stage. She appeared in a few French-produced films until noted producer Hal Wallis brought her to Hollywood and cast her in Rope of Sand  opposite Burt Lancaster in 1949. She went on to appear in a string of films during the 1950s, playing French characters in both dramas and comedies, including the James Cagney war picture What Price Glory,  for which she also performed songs for the soundtrack. Corinne continued to act in French films while playing roles in American television series and films. Her last role was in 1982’s cult fantasy The Sword and The Sorcerer.

In 1952, Corinne sued Zsa Zsa Gabor for slander after she spread rumors that Corinne was not actually French.

The three-times married and three-times divorced, Corinne lamented, in her autobiography, that Hollywood never offered her roles that fully showcased her acting ability. Corinne passed away from a cerebral hemorrhage in 2001 at the age of 76.