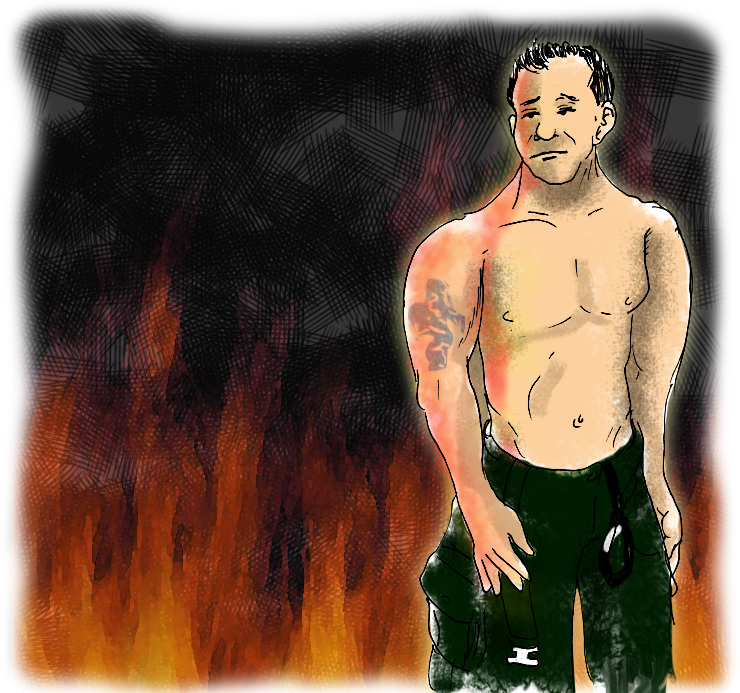 Jack Slivinski thought he was doing the right thing. The 32 year-old Philadelphia firefighter always wanted to help those in need any way he could. So, when photographer Katherine Kostreva asked him to pose for a charity calendar called “Nation’s Bravest”  a pictorial of firefighters from across the country with proceeds from sales going to families of fellow firefighters lost in the line of duty  Jack jumped at the opportunity. In April 2011, Jack posed  smiling and shirtless  in front of the Swann Fountain on Philadelphia’s Logan Circle. By the look on his face in the resulting photos, Jack was proud.

When Philadelphia Fire Commissioner Lloyd Ayers got wind of the photo shoot and proposed calendar, he was furious. He cited Jack for insubordination, saying he was selling sex. The Commissioner also stated that Jack did not have permission to do the shoot. Jack was relieved of his position as a part of the elite Heavy Rescue 1 unit. A week later, he was reinstated to the unit but received a harsh verbal reprimand. Jack was pleased to return to duty, but the fact that he was disciplined for something he perceived as righteous and generous weighed heavy on his conscience.

This past Saturday morning, Jack’s father, firefighter John Slivinski Sr., found his sons body a little before 4:20 a.m. Jack was dead from a self-inflicted gunshot, the discharge point just under his chin.