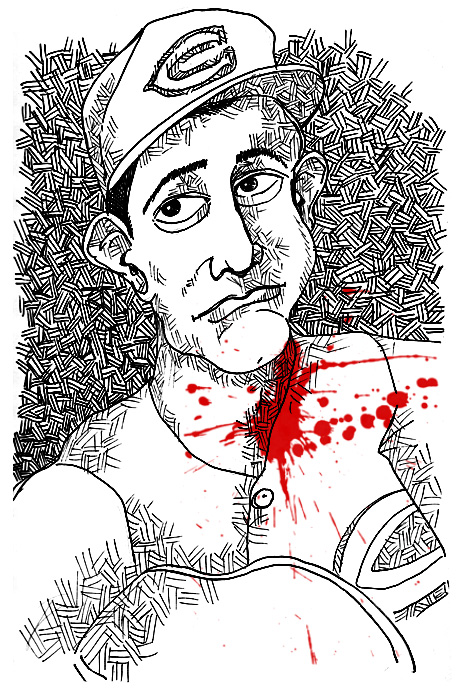 During his two and a half seasons on the Cincinnati Reds, Willard Hershberger primarily served as the back-up catcher for Hall-of-Famer Ernie Lombardi. Though not an everyday player, he had a .316 lifetime batting average and even had two at-bats with an RBI in the 1939 World Series. However, Willard holds a singular, albeit dubious, distinction among ballplayers, although there is no plaque for him in the Baseball Hall of Fame. He is the only active Major leaguer to commit suicide during the season.

In July 1940, Ernie Lombardi injured a finger and Willard was called upon to fill in behind the plate. The mighty Reds blew a late-game lead to the lowly New York Giants and lost 5-4. Afterwards, Willard commented, “If Ernie was catching, we would have won. It’s all my fault.”  Several days later, The Reds played a scheduled double header against the poor seventh place Boston Bees. Willard was depressed and sat out the first game, letting third-stringer Bill Baker serve as backstop. The Reds lost the first game as Willard watched from the bench. Reds manager Bill McKechnie took Willard to his office to speak privately. Willard was still blaming himself for the team’s poor performance and related the story of discovering the body after his father’s suicide by gunshot. McKechnie tried to comfort the catcher when he threaten to repeat his father’s actions. Soon, a calmer Willard exited the manager’s office and readied himself for game two against the Bees. The Reds lost the second game 4-3. Willard went hitless in five at-bats. He sunk deeper into depression. He returned to his room at Boston’s Copley Plaza Hotel.

The next morning, Gabe Paul, the Reds’ travelling secretary, called Willard at the hotel and told him to take the day off. He was not scheduled to play and he didn’t need to come to the ballpark. Willard said he would be there anyway. When Willard had not arrived for pregame festivities, McKechnie sent Paul to investigate. The hotel manager admitted Paul to Willard’s room where he discovered Willard dead in the bathtub. The 30 year-old catcher had slashed his own throat with a razor.

McKechnie delivered the tragic news to Willard’s teammates, adding that they pursue the World Series in memory of “Hershie”. At the end of the 1940 season, the Reds defeated the Detroit Tigers in seven games to win the World Series. The Reds retired Willard’s uniform number “5” for two years, reactivating it in 1942. (The number was retired permanently in 1986 to honor Hall of Fame catcher Johnny Bench.)

As an odd footnote, Ernie Lombardi became depressed after his retirement in 1947. In 1953, he attempted suicide in a manner similar to that of Willard Hershberger. He begged to be allowed to die. After a brief hospital stay, Ernie recovered from his self-inflicted injury and received treatment for depression. He passed away in 1977.