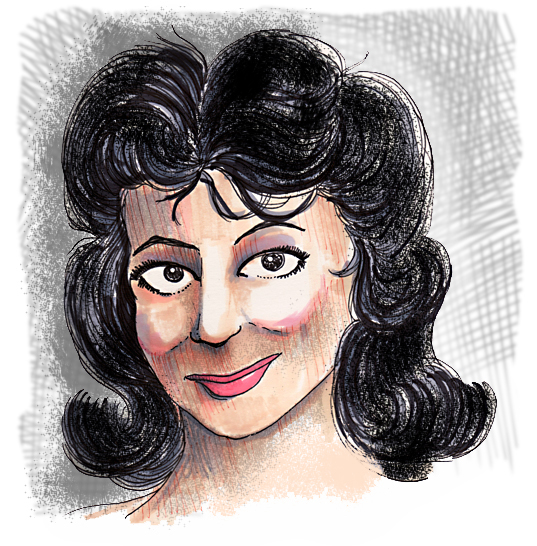 Karyn Kupcinet, the daughter of popular Chicago columnist Irv Kupcinet, was a young and aspiring actress. She was given access to producers thorough her father’s connections. Using the name “Tammy Windsor”, she landed a small role in the campy Roger Corman original Little Shop of Horrors.  In 1961, she was offered a small role in The Ladies Man by its director-star, Jerry Lewis. This was her last motion picture before turning to a modest career on episodic television. Karyn made numerous, one-shot appearances in both comedies and dramas, including a regular role on the short-lived Gertrude Berg Show,  alongside a young Marion Ross.

Karyn was getting positive feedback for her acting. However, she began an unfounded concern for her physical appearance and started taking an excessive amount of diet pills. Around this time, she began a relationship with fellow actor Andrew Prine, but her overuse of prescription drugs was a cause of conflict for the couple. In addition, Karyn was arrested for shoplifting in 1962.

Prine dismissed Karyn’s pleas for an exclusive relationship. He distanced himself from the actress and pursued other women. Karyn took to spying on Prine and his dates. She even sent threatening messages to Prine, using printed words and letters she had cut out of magazines.

On November 28, 1963, Karyn arrived late for a Thanksgiving dinner invitation from actor Mark Goddard (several years before he would gain fame as Major Don West on Lost in Space) and his wife Marcia. Goddard and his wife noticed Karyn behaving in an unusual manner. He noted that her voice seemed strange, she played with her food – eating very little and seemed to be moving her head at odd angles. When confronted by the Goddards, Karyn began to cry and told an unsubstantiated story of a baby being left on her doorstep earlier in the day. Once calmed down and comforted, Karyn left for home in a taxi, promising to call upon her arrival.

Two friends came by Karyn’s house later that evening. The three watched television and drank coffee until Karyn dozed off on the sofa. She awoke, excused herself and headed for her bedroom. The two men lowered the volume on the TV and locked the front door behind them.

On November 30, the Goddards went to Karyn’s home after not hearing from her since Thanksgiving. They found her lying on the sofa. She was nude and she was dead. The front door was unlocked and the television was still on. A subsequent police search yielded bottles of Desoxyn, Miltown, and other medications. A coronoer’s examination concluded that, due to a broken hyoid bone in her throat, Karyn had been strangled. Her death was officially ruled a homicide.

Years later, while doing independent research for a book, author James Ellroy claimed that a sheriff’s report found a book that recommended naked dancing to free one’s inhibitions lying on a table near Karyn’s body. It had been placed on the table and bookmarked at the page that explained the dancing. Ellroy has theorized that she followed the advice in the book, started dancing, fell and broke her hyoid bone on a chair. He went on to say that the coroner who performed Karyn’s autopsy was an alcoholic and botched the autopsy.

Another scenario from conspiracy theorist Penn Jones claims that a woman who dialed her local operator approximately 20 minutes before President Kennedy’s assassination with information of the shooting, was Karyn. Jones’ claim points to Irv Kupcinet as the source of the information saying he passed the knowledge on to his daughter. Jones goes on to say that Karyn was murdered because of this knowledge.

Karyn’s family have disputed Ellroy’s claim and, although they believed Karyn was murdered, dismissed Jones’ theory as well.