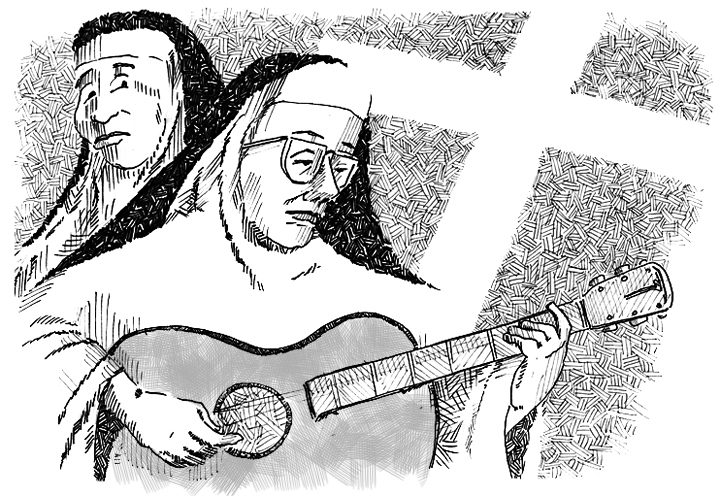 Jeanne Deckers was a nun in the Dominican Fichermont Convent in Waterloo, Belgium. She wrote, sang and performed her own songs, which were so well received that the monastery decided to let her record an album, which visitors to the monastery would be able to purchase. In 1963, Jeanne (who chose the name Sister Luc Gabriel) released the song “Dominique,” which became an international hit. Radio stations embraced the song and in the United States it became wildly popular and brought a sort of distracting comfort in the days following the assassination of President Kennedy. Almost overnight, Sister Luc Gabriel, the Dominican nun, was an international celebrity with the stage name of “Sœur Sourire” (Sister Smile). She gave concerts and appeared on The Ed Sullivan Show in early 1964.

Sister Luc Gabriel’s unlikely rise to fame was chronicled in the 1966 film The Singing Nun  starring Debbie Reynolds. Sister Luc Gabriel dismissed the film as pure fiction. In 1967, she released a second album that was poorly received. Meanwhile, her label, Phillips Records, kept a majority of the revenue from her debut release and maintained right to the name “Sœur Sourire, forcing Sister Luc Gabriel to take the altered stage name “Luc Dominique”. Still determined to maintain a singing career, she released a third album, this time geared toward religious songs for children. Again, it went nearly unrecognized. Between her failing music career and her increasing criticism of Catholic doctrines, she left the Church. Still using the name “Luc Dominique,” she recorded an ode to her strong advocacy of birth control called “Glory Be to God for the Golden Pill.” It, too, was a commercial failure. Sister Luc reverted back to being plain old Jeanne Deckers and faded into show business obscurity.

With her music career in her past, Jeanne opened a school for autistic children with her friend Anna Pécher, also a former nun. In the late 1970s, the Belgian government claimed that she owed approximately $63,000 in back taxes. Jeanne countered that the royalties from her recording were given to the convent and therefore she was not liable for payment of any personal income taxes. Lacking any receipts to prove her donations to the convent, Jeanne ran into heavy financial problems. Despite being a solo act in her early days, Jeanne performed a suicide duet with Anna. The pair – friends for ten years – composed a note reading “We hope God will welcome us. He saw us suffer. He should show clemency.” Then, they each downed a fatal dose of barbiturates and alcohol.