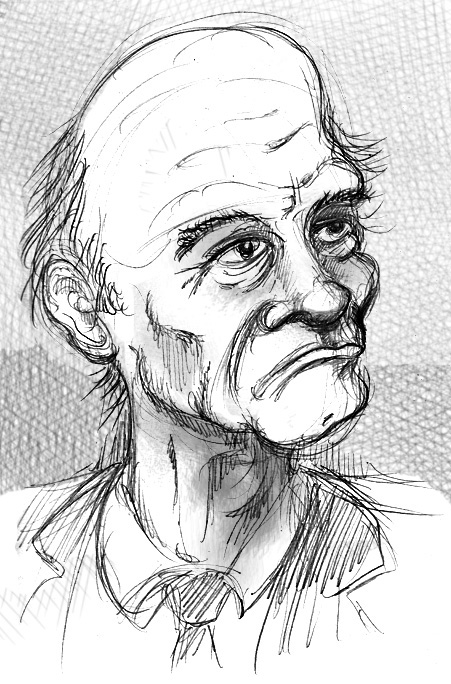 Young Peter Boyle joined a monastery, in his hometown of Philadelphia, just after high school. After losing his religious calling, he became a cameraman at a local TV station and later look acting lessons from Tony Award-winning actress Uta Hagen in New York City.

He was cast in the title role of the violent and controversial 1969 film Joe,  playing a murderous bigot. Liberal-minded Peter was appalled by the audience’s supportive reaction to the character and vowed never again to appear in a movie in which violence is glorified. A man of his word, he turned down the role of Popeye Doyle in The French Connection,  a role for which Gene Hackman earned the Academy Award.

Peter appeared in mainly dramas playing gruff types, usually cops or gangsters. In 1974, he took an unexpected, yet hysterical, turn as The Monster in Mel Brooks’ gothic horror parody Young Frankenstein.  On the set of Young Frankenstein,  Peter met Rolling Stone  reporter Loraine Alterman. He was in full monster make-up when he asked her for a date. Through Loraine’s friend Yoko Ono, Peter developed a lifelong friendship with John Lennon. John served as best man at Peter’s and Loraine’s wedding. Peter’s career was all over the map through the 80s and 90s, starring in dramas, comedies and even science fiction. In 1990, Peter suffered a stoke that left him immobile and unable to speak. After a long and difficult recovery period, Peter returned to acting and won an Emmy for a guest appearance in the popular X-Files  series in 1996. This led to his signature role as perennial crank Frank Barone on the sitcom Everybody Loves Raymond.  Peter was nominated for an Emmy seven consecutive times during the run of the series, but never won. He lost three consecutive times to co-star Brad Garrett. In 1999, Peter suffered a heart attack on the set of the show. Again, he regained his health and returned to acting. He starred opposite Billy Bob Thornton in the gritty Monster’s Ball,  as well as continuing to play Ray Romano’s father on television.

Peter appeared in all three Santa Clause  films with Tim Allen, the last bearing a dedication to his memory. Peter passed away from heart disease in 2006. His friend, Bruce Springsteen dedicated a performance of the song “Meeting Across the River” to Peter, on what would have been the actor’s 72nd birthday.