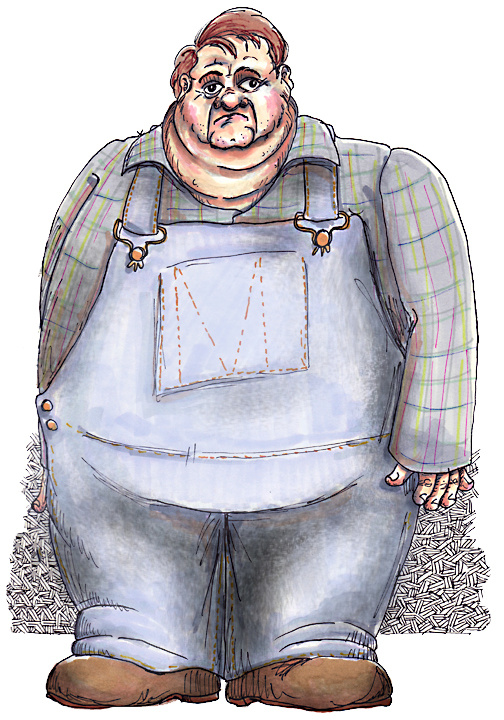 Robert Earl Hughes made appearances in small county fairs and festivals in his native Illinois and neighboring states. He was driven around the fairgrounds in the open flatbed of a pickup truck and curiosity seekers marveled at him. Then, the truck would stop and Robert signed souvenir photos of himself  twenty-five cent for a small one, half a buck for a large. A malfunctioning pituitary gland had caused Robert to gain weight at an uncontrollable rate. Although he boasted a 700+ pound frame, Robert loved the attention.

Robert visited New York for a proposed appearance on The Ed Sullivan Show  to portray Santa Claus. The Sullivan Show  people failed to make subsequent contact after their preliminary offer and Robert, short on funds, was stuck in New York. He was kicked out of his hotel for failure to pay his bill. He sought the help of the Salvation Army, who took pity on Robert and flew him home to Illinois. Soon after, he contracted measles from one of his nieces. The measles escalated into kidney failure and Robert fell into a coma and passed away at age 32. At the time, he was the heaviest man on record, weighing 1,041 pounds.

A specially constructed casket was created by The Embalming Burial Case Co. of Burlington, Iowa. It measured 85 inches long, 52 inches wide and 34 inches deep. It was made of heavy cypress, reinforced with steel. Twelve pallbearers maneuvered the casket along, on a wheeled dolly, past the largest funeral gathering Brown County had even seen. Over 2,000 mourners came out to pay their last respects. Robert’s casket was lowered by a large crane into, what is now, a very unassuming grave.