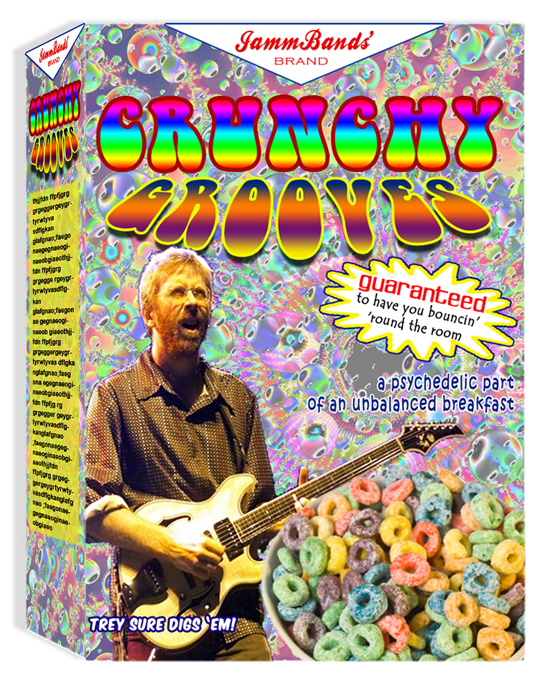 A month or so ago, WXPN‘s afternoon drive time DJ Dan Reed was coming out of a block of music and easing into a conversation with Lauren Valle who was about to give a rush-hour traffic report. The last song Dan played before the break was by neo-retro jammers Phish. As part of his regular banter with Lauren, Dan pointed out that the Phish tune boasted some “crunchy grooves”, and without skipping a beat, added that it sounded like “something my son would eat for breakfast”. A confused Lauren chuckled and proceeded with the traffic report. The conversation amused my wife and she asked me to create a box of Crunchy Grooves cereal for Dan. I did and I sent it to him. He got a kick out of it.