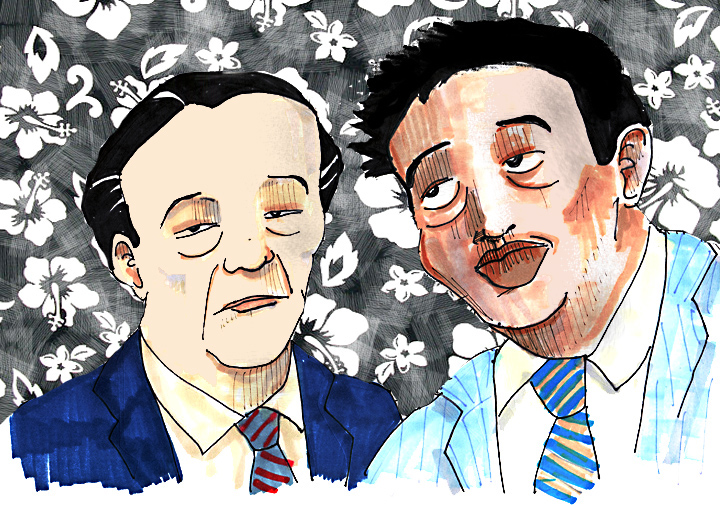 Kam Tong Chun’s teacher misunderstood his name and taught him to write Kam Fong  Chun. Later in his life, he had his name legally changed to Kam Fong Chun.

In the early 1930s, his family was broken apart when it was discovered that his father had an affair. His parents divorced and his mother raised Kam Fong and his four siblings. Facing poverty, his mother raised ducks and brewed whiskey. Their home was raided by the police many times and the family scrambled to hide hundreds of bottles of illegal liquor. In his early 20s, Kam Fong earned $13.50 a week as a welder at Pearl Harbor. Kam Fong reported to work just after the Dec. 7, 1941, Japanese attack. He remained at the harbor for three days without food and water and cried as he watched the burning USS Arizona sink.

On June 8, 1944, two American B-52 bomber planes collided in mid-air and crashed into Kam Fong’s house, killing his wife and two young children. Shortly after, despondent and intoxicated, Kam Fong placed a revolver to his head in the back room of his mother’s house. His mother unexpectedly burst in an begged him not to kill himself. Instead, he sought a life-threatening job and joined the Honolulu Police Department.

Kam Fong remarried five years later and had four children. He also became involved in community theater. He left the police force and became a disc jockey. A friend got him an audition for a new show to be filmed in Hawaii. It involved the adventures of an elite branch of the Hawaii State Police. When the producers found out Kam Fong was a former police officer, they cast him in the role of Detective Chin Ho Kelly. The show was Hawaii Five-O.  The producers also asked him to shorten his name to Kam Fong. He was happy to oblige. Kam Fong stayed with the series for ten seasons and became close friends with cast members Jack Lord (Steve McGarrett) and James MacArthur (Danny Williams).

Gilbert Kauhi was nicknamed Zulu while at school in Honolulu because classmates thought his hair looked African.

Gilbert, a singer, guitarist and ukulele player, formed Zulu and the Polynesians and performed on cruise ships. He appeared in films made in Hawaii, including Hawaiian Eye in 1959, Gidget Goes Hawaiian in 1961 and Diamond Head in 1962. Gilbert also worked a radio disc jockey.

Leaning toward an acting career, Gilbert adopted his school nickname “Zulu” when he was cast as Detective Kono Kalakua in Hawaii Five-O.  Zulu’s character provided some brief comic relief with his signature headbutts and his voracious appetite. Jack Lord’s character often referred to him as “Big Kanaka”. Zulu was fired from the show in 1972, after making racist remarks to a production crew member. The show, however, had helped Zulu launch a successful night-club career as a singer and comedian in Hawaii, which included a five-year, $2.5m contract with C’est Si Bon Showroom in the Pagoda Hotel & Restaurant in Waikiki. He became a much in-demand performer and wildly popular throughout the Hawaiian islands.

In 1986, Zulu was convicted of second-degree negligent homicide after hit and killed a bicyclist with his car. He was fined $500 and placed on one year’s probation. He also began to suffer from failing health, falling victim to two heart attacks and several strokes. He had a kidney transplant and was on a waiting list to receive another when he passed away in 2004 at the age of 67.