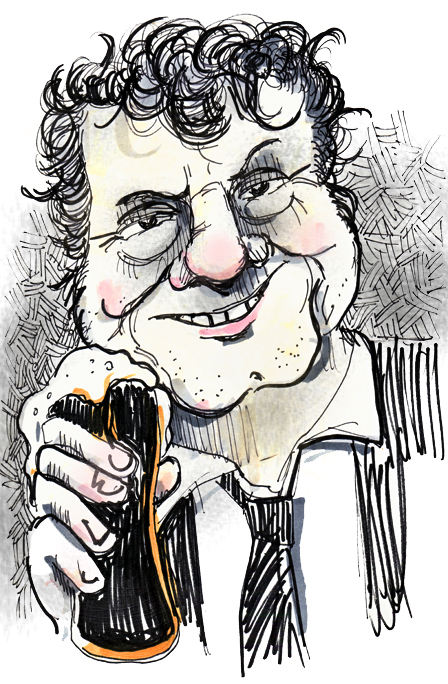 Oliver Reed had no aspirations to become an actor while serving in the Royal Army Medical Corps. He took work as an extra in the early 1950s in mostly comedies. The more extra work he got, the more it looked like this was the career for the young Reed. He was featured in several films from legendary Hammer Studios, including the horror classic Curse of the Werewolf  in 1961. The late 60s brought some groundbreaking achievements for Reed including 1967’s I’ll Never Forget What’s’isname, the first mainstream film to use the word “fuck” and 1969’s Women in Love, the first mainstream film to feature male full-frontal nudity, in which Reed and actor Alan Bates wrestled in the nude. Reed also had a memorable role as the villainous Bill Sikes in his uncle Carol Reed’s 1968 Best Picture Oliver!  The 1970s saw Reed take roles in Richard Lester’s The Three Musketeers and its sequels and the film version of The Who’s rock opera Tommy.  He turned down roles in The Sting and Jaws, both of which were filled by fellow countryman Robert Shaw.

Reed was infamous for his drinking binges. Once, he met with Steve McQueen for a possible film collaboration and, after some heavy drinking, Reed threw up all over McQueen. He made talk show host David Letterman a bit uneasy after Letterman asked one too many questions about his alcohol consumption.

During a break in filming the 2000 Ridley Scott epic Gladiator, Reed was drinking with his wife in a bar in Malta. After consuming three bottles of rum and several pints of beer, the 61-year-old Reed suffered a fatal heart attack. Since not all of his scenes had been completed, director Scott used CGI and some well-placed mannequins in Reed’s place.