This week’s challenge word on the Illustration Friday website is “detective”. 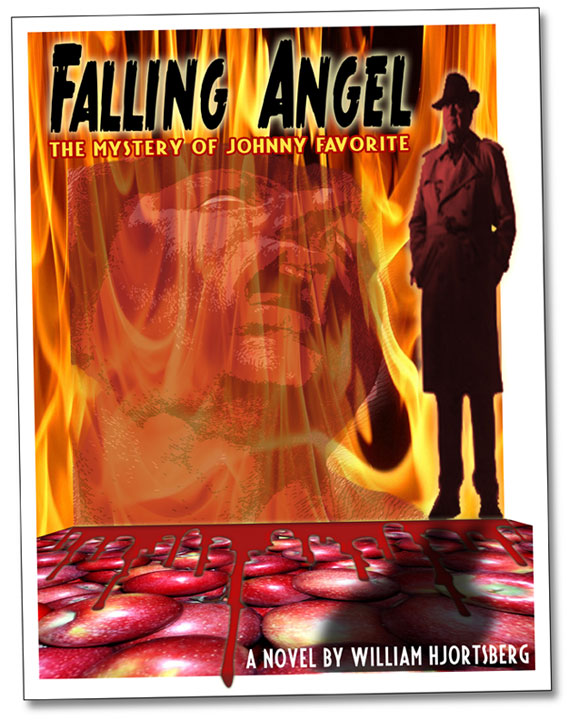 I read William Hjortsberg’s detective novel Falling Angel  in 1978. The novel began life as a piece of feature fiction in Playboy  magazine, but Hjortsberg fleshed it out into a captivating homage to the hard-boiled detective novels of the 1930s and 40s. Told in the first-person narrative, through the eyes of investigator-for-hire Harry Angel, Falling Angel  follows the search for one Johnny Favorite, a big band crooner who vanishes after World War II. Angel is hired by two attorneys, working for a mysterious Mr. Cyphre, to find Favorite. It seems just prior to his disappearance, Ol’ Johnny owed Cyphre a debt of some sort. And so begins Harry Angel’s adventure into a strange and hidden society living covertly in the bowels of Manhattan. It’s a riveting whodunit that makes a sharp left and catches the reader off-guard.

Nine years after its publication, Hjortsberg penned a screenplay of his novel. It became Angel Heart  starring a miscast Mickey Rourke, a miscast Lisa Bonet and a miscast Robert DeNiro. The awful film bears little resemblance to the clever and twisted novel.