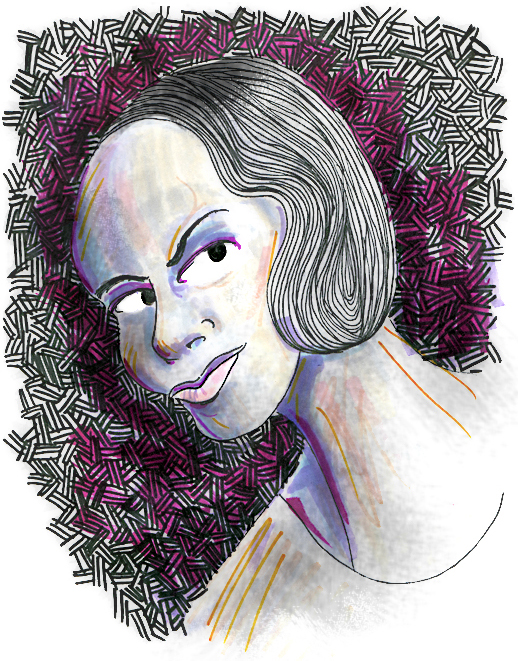 Dora Gerson was a singer and silent film actress in Berlin, Germany in the early 1920s. She was performing in an ensemble troupe when she met film director Veit Harlan. They married in 1922 and divorced in 1924. Harlan would eventually direct anti-Semitic Nazi propaganda films on orders of Nazi Propaganda Minister Joseph Goebbels.

In 1920, Dora was cast to appear in the successful film Auf den Trümmern des Paradieses (On the Brink of Paradise) and later followed that same year in Die Todeskarawane (Caravan of Death). Both films featured Hungarian actor Béla Lugosi prior to his immigration to the United States and his illustrious Hollywood career. However, both films are now considered lost films. Dora continued to perform as a popular cabaret singer throughout the 1920s as well as acting in films.

By 1933, the Nazi Party had come to power in Germany and the Jewish population was systematically stripped of rights. Dora’s career slowed dramatically. Although blacklisted from performing in “Aryan” films, Dora was able to secure work at a small Jewish record company. She began releasing Yiddish language records and her 1936 song Der Rebe Hot Geheysn Freylekh Zayn became highly regarded by European Jews in the 1930s. Her best remembered recording from this era was the song Vorbei (Beyond Recall), which was an emotional ballad, memorializing a Germany before the rise of the Nazi Party.

In 1936, Dora, her second husband and some relatives fled to the Netherlands to avoid Nazi persecution. In May 1940, German troops invaded the Netherlands and Jews became subject to the same anti-Semitic restrictions as in Germany. In 1942, after several years of living under oppressive Nazi occupation, Dora and her family planned to escape, but were captured attempting to enter Switzerland. The family was sent by railroad car to the Nazi extermination camp of Auschwitz in Poland. Dora died at Auschwitz in 1943, along with her husband and their two children.