The inspirational word on the Inspire Me Thursday illustration website is “family”. 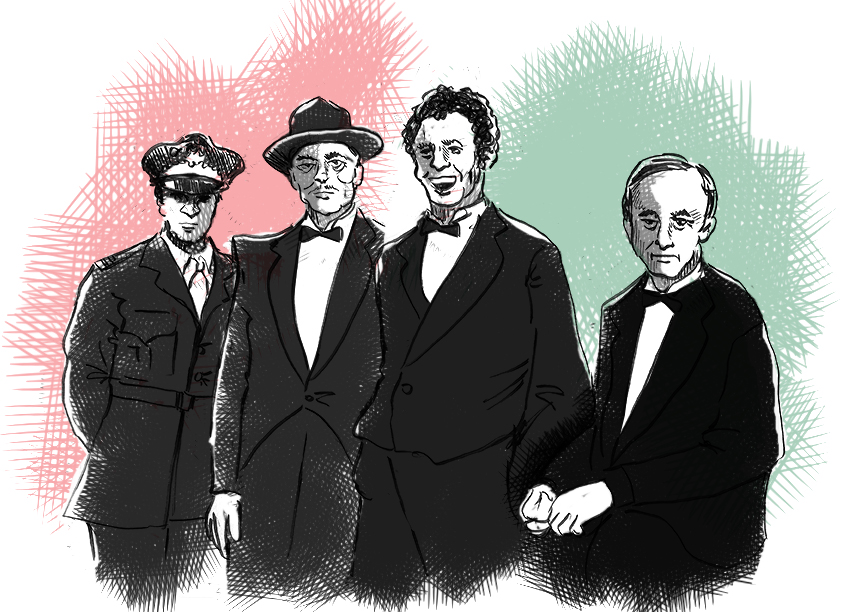 Two women meet on the street.
“Oh my goodness! How have you been, Mrs. Nolan? How are your sons?”

“Well, my sons! Let me tell you! My son Christopher, you know, is a big-shot Hollywood director! Oh, yes! He directed that backward movie, Momentus or whatever it’s called. He was nominated for an Oscar for that one. And he directed that other one, with the magicians and Wolverine. Oh, The Prestige!  That’s it. And then he directed that big The Batman movie with that boy who died and the crazy one from the movie set.”

“Oh my! K’neah Horah! That’s wonderful. I always liked Christopher. Such a mensch.”

“Oh, and my Jonathan is a big-shot Hollywood screenwriter. He wrote so many of the movies that my Christopher directed. Momentus, the magician movie, that Batman movie. He also writes other big-time movies for other big-shot Hollywood directors. He wrote the new Terminal Man movie, you know, like the old one that had Arnold the Governor in it.”

“That is wonderful! And what about Matthew? I heard that Matthew kidnapped and murdered a businessman in Costa Rica and was an international fugitive until he was arrested in Chicago in March.”