The inspirational word on Inspire Me Thursday is “green”. 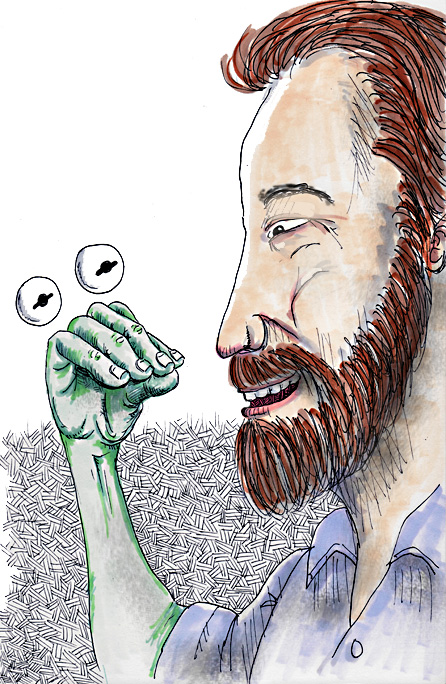 In 1955 for a five-minute puppet show called “Sam and Friends”, Jim Henson created Kermit the Frog from a green ladies’ coat that Henson’s mother had thrown into a waste bin, and two ping pong balls for eyes. From there, he launched a creative empire that stretched to public television, children’s entertainment, movies, character creation for hundreds of productions and special effects innovations.

On May 4, 1990, Henson made an appearance on “The Arsenio Hall Show”. He mentioned that he was tired and had a sore throat, but felt that it would go away. The next week, Henson traveled to North Carolina, to visit family. Feeling tired and sick, he consulted a North Carolina doctor who could find no evidence of pneumonia. He suggested that Henson take aspirin to combat his symtoms. Henson returned to New York and canceled a May 14th Muppet recording session. Henson’s wife Jane, from whom he was separated, came to visit and sat with him talking throughout the evening. By 2 a.m. on May 15, he was having trouble breathing and began coughing up blood. He suggested to Jane that he might be dying, but did not want to bother going to the hospital. It was in Henson’s character was not to be a bother to people.

At 5 a.m., he was admitted to New York Hospital. He was placed on a ventilator to help him breathe, but his condition deteriorated rapidly into septic shock despite aggressive treatment with multiple antibiotics. On Wednesday May 16, 1990, 21 hours and 23 minutes after he was admitted, Henson died from organ failure at the age of 53.

May 16th is my wife’s birthday. She felt like she lost a childhood friend. We all did.