The challenge on Monday Artday is “greek myth”. 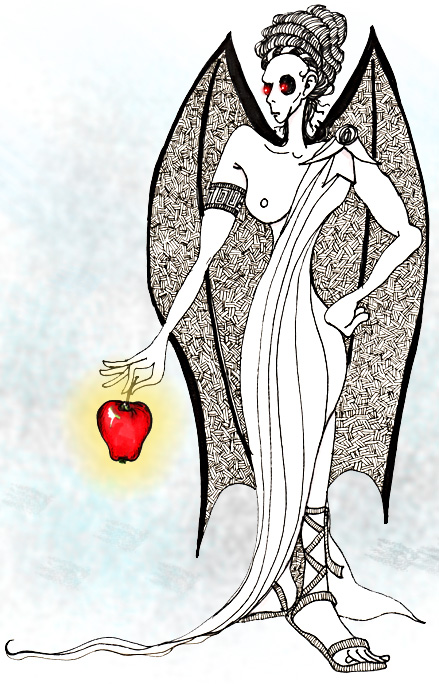 Eris is the Greek goddess of strife and discord. The goddesses Hera, Athena and Aphrodite had been invited along with the rest of Olympus to the forced wedding of Peleus and Thetis, who would become the parents of Achilles, but Eris had been snubbed because of her troublemaking inclinations. Eris crashed the wedding reception. She threw a golden apple into the center of the festivities. The apple was inscribed “To the Fairest One” provoking the goddesses to begin quarreling about the appropriate recipient. The arguing escalated  into the Trojan War.