The challenge word this week on Illustration Friday is “climbing”. 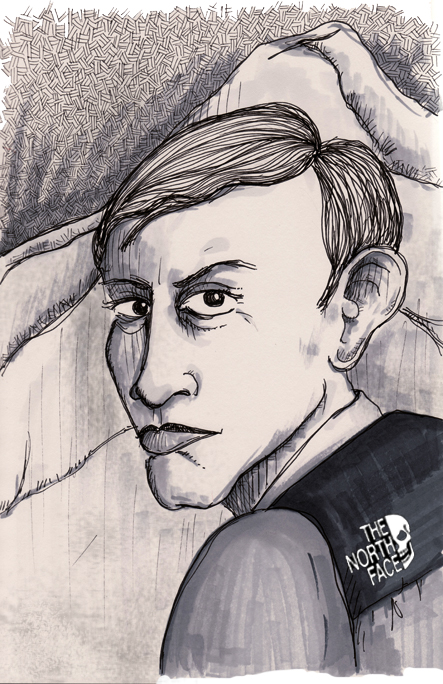 George Mallory, along with Andrew Irvine, joined the 1924 Mount Everest expedition, believing it would be his last opportunity to climb the mountain after two previous attempts. The pair attempted to reach the top via the North Face route. Mallory and his climbing partner both disappeared somewhere high on the North-East ridge of the world’s highest mountain. The duo’s last known sighting was only a few hundred yards from the summit. After their disappearance, several expeditions tried to find their remains. In 1933, climbing colleague Noel Odell identified one of Mallory’s oxygen cylinders and Irvine’s ice axe was also found.
In 1999, seventy-five years after the expedition, a crew sponsored jointly by the BBC and the tv program Nova arrived at Everest to search for the lost adventurers. Within hours of beginning the search, the frozen body of Mallory was found at 26,760 feet on the north face of the mountain. The body was remarkably well preserved due to the mountain’s climate. The team could not locate the camera that Mallory had reportedly carried with him. From the rope-jerk injury around his waist, encircled by the remnants of a climbing rope, it appears that the two were roped together when Mallory fell. The fact that the body was relatively unbroken also suggests that Mallory may not have fallen such a long distance. It is still unclear if they died while still making their ascent or they had already reached the top and were descending.
Just prior to making this third attempt at conquering Mt. Everest, Mallory was asked why was he making the climb. He answered, famously, “Because it is there.”