The first word of the new year on illustrationfriday.com is “resolve”.

“You may be whatever you resolve to be.”  — General Thomas “Stonewall” Jackson 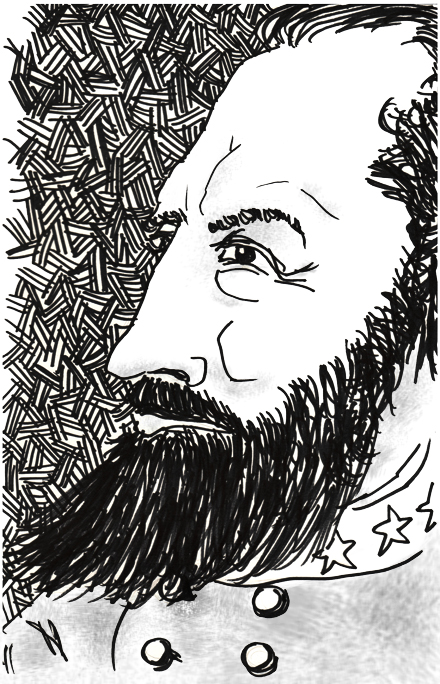 Thomas “Stonewall” Jackson was arguably the most well-known Confederate commander after General Robert E. Lee. Military historians consider Jackson to be one of the greatest tactical commanders in United States history. His Valley Campaign of 1862 and his envelopment of the Union Army at Chancellorsville in 1863 are still studied worldwide as examples of innovative and bold leadership. He excelled as well at the First Battle of Bull Run, the Second Bull Run, Antietam, and Fredericksburg.

Darkness ended the Confederate assault at Chancellorsville. As Jackson and his staff were returning to camp on May 2, 1863, they were mistaken for a Union cavalry force by a Confederate North Carolina regiment who shouted, “Halt, who goes there?,” but fired before evaluating the reply. Jackson was hit by three bullets, two in the left arm and one in the right hand. Several other men in his staff were killed. Jackson was dropped from his stretcher while being evacuated. Because of his injuries, Jackson’s left arm had to be amputated. He was thought to be recovering, although he complained of a sore chest. This soreness was mistakenly thought to be the result of his rough handling in the battlefield evacuation. It was, however, a symptom of pneumonia.

As Jackson lay dying in a make-shift hospital in a southern plantation, General Robert E. Lee sent a message to him through a Confederate chaplain, saying “Give General Jackson my affectionate regards, and say to him: he has lost his left arm but I my right.” Jackson died of complications from pneumonia on May 10, 1863. He was buried in a family plot in Lexington City, Virginia. His left arm is buried one hundred and thirty-one miles away in Ellwood Family Cemetery in Spotsylvania, Virginia.