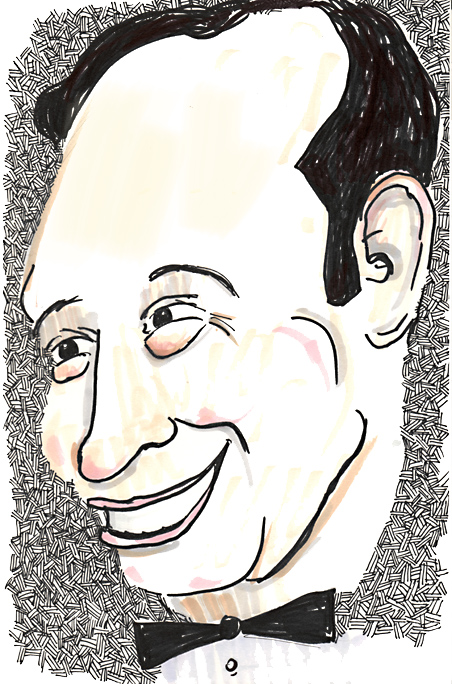 1930s radio comedian Harry Einstein changed his name to Harry Parke. But, he was most famous as “Parkyakarkus”,  a name taken from a line in his act. When he asked you to sit down, hed say park yer carcass! He became known by his character name rather than his stage name. He was a featured performer on Al Jolson’s, and later, Eddie Cantors radio show. His shtick was as an English language-mangling Greek restaurateur.

Paryakarkus appeared in eleven movies through the 30s and 40s. He moved on to gag writing when health issues prevented him from the activity that motion pictures required.

On November 24, 1958, Paryakarkus appeared at a Friars Club roast for Lucille Ball and Desi Arnaz. He got bigger laughs than most of the famous speakers. He delivered the traditional jabs and friendly insults associated with a celebrity roast. He finished his bit and received lavish applause as he returned to his seat on the dais next to Milton Berle. The audience and guests were still applauding when Parkyakarkus slumped over against Berle. Parkyakarkus had suffered a fatal heart attack. Berle shouted, “Is there a doctor in the house?” This remark was met with laughter, as the crowd was unaware that Berle was being serious. Berle then directed singer Tony Martin to sing a song to divert the crowd’s attention; Martin’s unfortunate choice was “There’s No Tomorrow.” But Parkyakarkus went out hearing the pure joy of an audience’s response.

In a 1991 interview, Albert Brooks said of his father: “The interesting thing to me was that he finished. He could have died in the middle. He could have done it on the way over there. But he didn’t. He finished. And he was as good as he’d ever been in his life.”

Parkyakarkus was honored on Hollywood’s Walk of Fame. 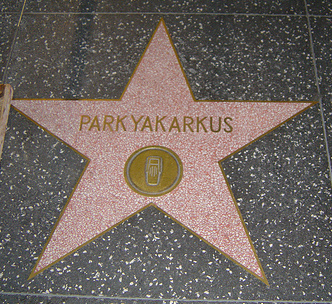