The Monday Artday challenge word this week is “speed”. 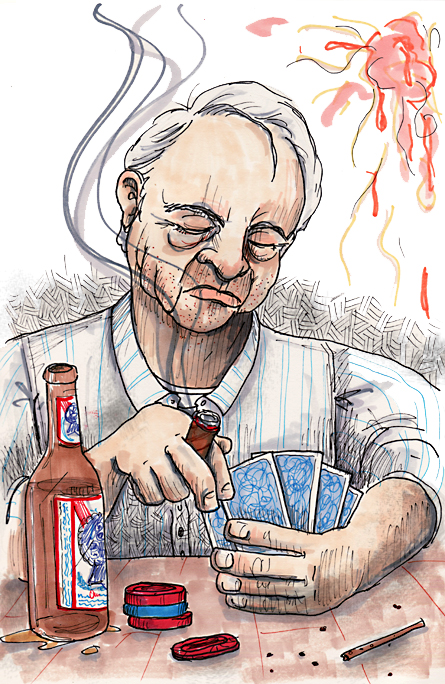 Neil Simon’s 1965 play (and subsequent 1968 film) “The Odd Couple” told the story of Oscar Madison and Felix Unger. Oscar is a New York City sports writer and a horrible slob. His recently-divorced friend, Felix, has been kicked out of his home. Oscar invites Felix to move into his Upper West Side apartment. Felix is an obsessively neat hypochondriac and drives Oscar nuts within a week.
Oscar has a weekly poker game at his apartment. The game includes Oscar’s accountant Roy, Murray the cop, timid and hen-pecked Vinnie and gruff, sarcastic Speed. Since Felix moved in, he has provided a varied menu specifically accommodating each participant. Prior to Felix’s arrival, the poker game fare consisted of whatever Oscar had rotting in his broken refrigerator… which led to this exchange between Oscar and Speed:
Oscar : I’m through being the nice guy, you owe me six dollars each for the buffet!
Speed: What buffet? Hot beer and two sandwiches left over from when you went to high school.