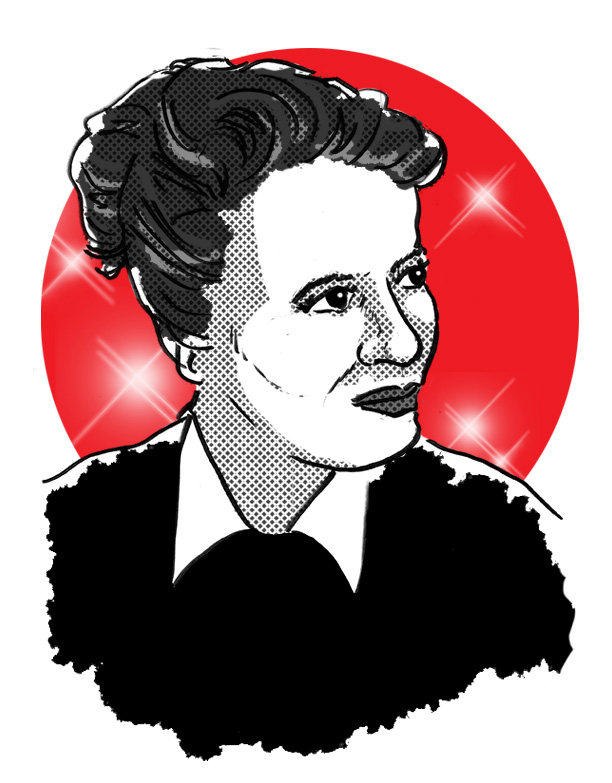 Irene Gibbons was an Oscar-nominated costume designer in Hollywood for thirty years. She took over from Adrian at MGM, and went on to establish her own company, Irene, Inc. She was known only as “Irene” in her screen credits.

Doris Day wrote in her 1975 autobiography that she got to know Irene quite well. One night after a few drinks, Irene told Day that the “love of her life” was Gary Cooper. On several other occasions Irene spoke about the intensity of her love for Cooper, and Day got the feeling that Irene had never mentioned this to anyone before her. Day wrote that she honestly could not tell if they actually had or were having an affair, or if it was a one-sided love. Day did know that Irene was extremely distraught over Cooper’s death in 1961.

On November 15, 1962, Irene checked into room 1129 of the Knickerbocker Hotel in Hollywood. She finished nearly two pints of vodka. She wrote a suicide note that read “I’m sorry. This is the best way. Get someone very good to design and be happy. I love you all. Irene.” At 3:12 that afternoon she pushed out the screen of her hotel room window and jumped.

A guest in room 429 heard a crash on the roof, and contacted the hotel manager. Irene’ s body was discovered on the 3rd floor roof, 9 feet in front of room 329.