The illustrationfriday.com challenge word this week is “clutter”. 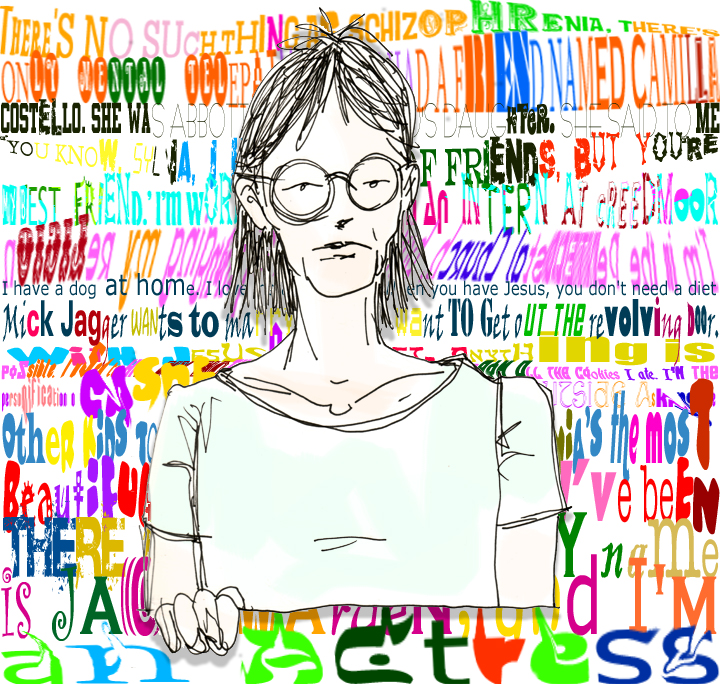 Sylvia Frumkin was the pseudonym given to Maxine Mason, the subject of the 1982 book “Is There No Place On Earth For Me?”by Susan Sheehan. Maxine was diagnosed with schizophrenia. The content of her speech revealed what was going on in her cluttered mind.
There’s no such thing as schizophrenia, there’s only mental telepathy. I once had a friend named Camilla Costello. She was Abbott and Costello’s daughter. She said to me, ‘You know, Sylvia, I have a lot of friends, but you’re my best friend.’ I’m working here. I’m an intern at Creedmoor. I’m in the Pentecostal Church, but I’m thinking of changing my religion. I have a dog at home. I love instant oatmeal. When you have Jesus, you don’t need a diet. Mick Jagger wants to marry me. I want to get out the revolving door. With Jesus Christ, anything is possible. I used to hit my mother. It was the hyperactivity from all the cookies I ate. I’m the personification of Casper the Friendly Ghost. I used to go outside asking the other kids to be my friend when I was little. California’s the most beautiful state in the Union. I’ve been there once, by television. My name is Jack Warden, and I’m an actress.
As a result of the publication of Sheehan’s book, Maxine was given more effective treatment. However, she continued to go in and out of mental hospitals and died in 1994.