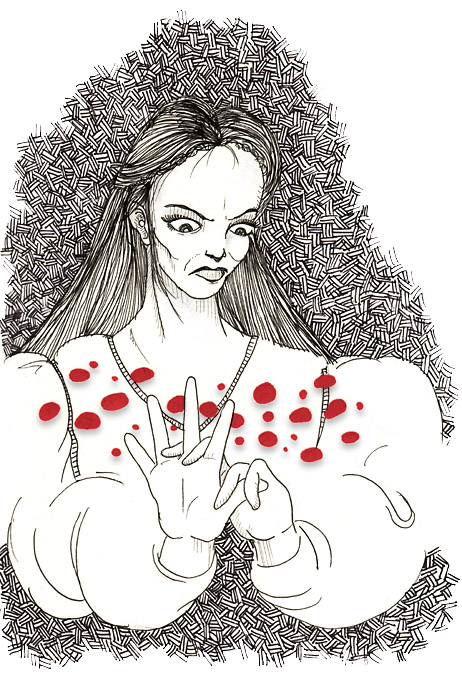 Out, damned spot; out, I say. One, two,’why, then ’tis time to do’t. Hell is murky. Fie, my lord, fie, a soldier and afeard? What need we fear who knows it when none can call our power to account? Yet who would have thought the old man to have had so much blood in him?

These words are spoken by Lady Macbeth in Act V, scene 1 in Shakespeare’s Macbeth. Lady Macbeth is sleepwalking through the castle. She is subconsciously thinking and feeling guilty about being the driving force behind the murder of Duncan. After the murder, Macbeth believed his hand was irreversibly bloodstained. Lady Macbeth told him, “A little water clears us of this deed.” Now, she sees blood on her own hands. She is completely undone by guilt and descends into madness.

“What need we fear who knows it when none can call our power to account?,” she asks, asserting that as long as her and her husband’s power is secure, the murders they committed cannot harm them. But her guilt-wracked state and her mounting madness show how hollow her words are. So, too, does the army outside her castle. “Hell is murky,” she says, implying that she already knows that darkness intimately. It is implied, although not directly stated, Lady Macbeth commits suicide.