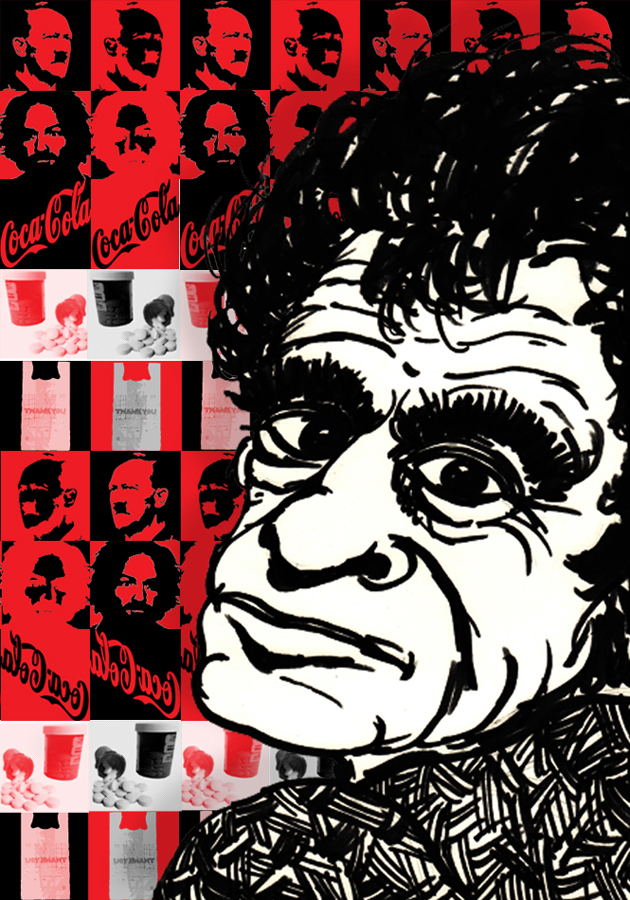 Jerzy Kosinski walked a fine, sometimes blurred, line between bullshitter and storyteller. Kosinski was born Josek Lewinkopf in Poland in 1933. As a child during World War II, he avoided the Nazis by using a false identity. He lived with a Roman Catholic Polish family in eastern Poland under the name, Jerzy Kosinski, an assumed name given to him by his father. A Roman Catholic priest issued him a forged baptismal certificate. In 1957, Kosinski emigrated to the United States by forging letters from Polish authorities guaranteeing his loyal return, which were needed for leaving the country at that time. Once in the United States, he graduated from Columbia University. He was a lecturer at Yale, Princeton, Davenport University, and Wesleyan. In 1965, he became an American citizen.

His 1965 book The Painted Bird garnered mixed reviews. A story of a child during the Holocaust, Kosinski always insisted it was based on his own experience. However, when the book was translated and published in Poland, the family he had lived with took great exception to the abuse that was described in detail. Kosinski claimed “poetic license”.

In August 1969, Kosinski was invited, by his friend Wojciech Frykowski, to a small get-together in Los Angeles. Coming from New York, Kosinski’s luggage was lost by the airline. He phoned Frykowski, told him of this mishap and explained he would have to miss the party. The party was given by Sharon Tate and everyone there was murdered by intruders under the orders of Charles Manson.

He won the National Book Award in 1969 for Steps. In 1975, Chuck Ross, a Los Angeles freelance writer conducted an experiment with Steps by sending 21 pages of the book to four publishers under the pseudonym Erik Demos. The book was turned down by all of them including Random House (which originally published Steps) and Houghton Mifflin (which published three of Kosinskis other novels). His 1971 book Being There was made into an Academy Award nominated film starring Peter Sellers.

A 1982 Village Voice article accused Kosinski of plagiarism. The article alleged that a great deal of Kosinski’s work was lifted from Polish manuscripts, virtually unknown by American readers. Kosinski always maintained that he loved to tell outrageous lies, particularly to the rich, intellectual and famous. They were so eager to be entertained, he explained, that they willingly suspended disbelief, and they were so confident of their superiority that they deserved to be played for fools. The truth of the Village Voice charges remained a matter of debate.

In addition to his writing, Kosinski appeared 12 times on The Tonight Show during 1971-73, posed half-naked for a New York Times Magazine cover photograph by Annie Leibovitz in 1982, and presented the Oscar for screenwriting in 1982. He also played the role of a Bolshevik revolutionary in Warren Beatty’s film Reds.

On May 3, 1991, despondent over a prolonged period of writer’s block, coupled with an irregular heartbeat as well as severe physical exhaustion, Kosinski took a fatal dose of barbiturates and washed it down with a rum and Coke. He then twisted a plastic shopping bag around his head and taped it shut around his neck. He was found dead in the bathtub in his New York apartment.

My illustration is being used HERE on the Library Thing website’s page for Jerzy Kosinski.