The sugarfrostedgoodness.com challenge word this week is “innocent”. 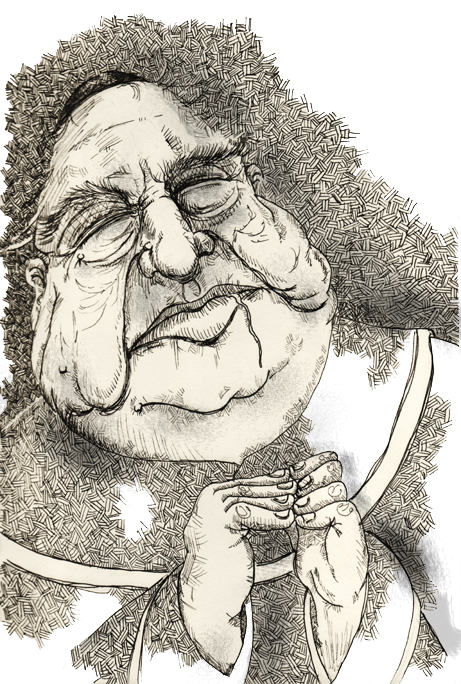 On August 29, 1484, Pope Innocent VIII succeeded Pope Sixtus IV (for whom the Sistine Chapel was named). And it was all downhill from there.
After his coronation, he went back all his promises and left his signatures unhonored, slyly revelling in his immunity. He abandoned the decorum of Pope Sixtus IV, and settled down to enjoy life in his own slothful way. He was a despicable creature; ungrateful, avaricious and cowardly. His only interest seems to have been the establishment of his numerous illegitimate progeny. The Vatican became overrun by his sons and daughters, their children and grandchildren.
Innocent VIII slept almost continuously. When awake his favorite pasttime was persecuting Jews. He squeezed every shekel he could out of them, and reduced the Jewish ghetto to a state of misery and terror. Such gross self-indulgence would naturally undermine the strongest constitution. The Pontiff grew immensely fat and his health gradually declined. By the summer of 1492, he had become an inert mass of flesh, incapable of taking any nourishment with the exception of being breastfed by a hired young woman.
A Jewish doctor offered to attempt a blood transfusion to save Innocent VIII’s life. The doctor indicated that the Pope only needed the blood of three healthy young menChristians presumably. The donors, three 10-year-old boys, were procured from their parents, at one ducat (a gold coin used before World War I) each. The operation resulted in the three healthy young men dying.
Innocent VIII died on July 25, 1492, leaving behind numerous children, of whom only two were publicly acknowledged, the others presented in the usual way as nephews. Octo nocens pueros genuit, totidemque puellas; Hunc merito poterit dicere Roma patrem.  The wicked man begat eight boys, and just as many girls, so that Rome might justly call him Father.