“She left her home one morning/For her school not far away./And no one dreamed that danger/Was lurking near that day” 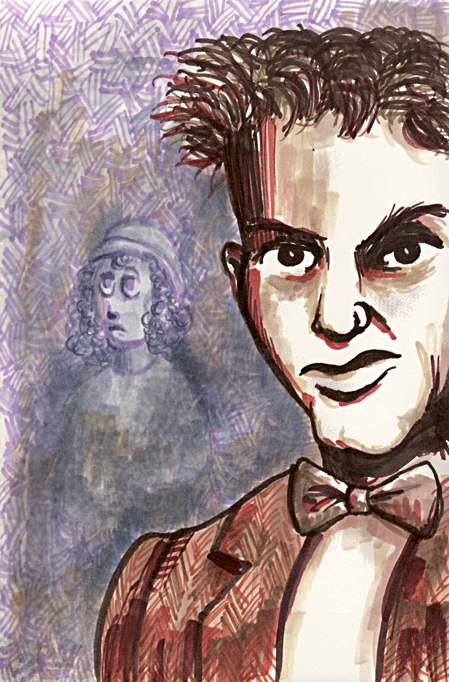 On December 15, 1927, Marion Parker, the 12-year-old daughter of Perry Parker, a prominent banker in Los Angeles, was abducted from her school. Nineteen-year-old Edward Hickman showed up at the school Marian attended with her twin sister, Mt. Vernon Junior High School in Los Angeles. He told officials at the school that the girls’ father had been taken seriously ill and that he wanted “the younger daughter” to come quickly to his side. The girls’ teacher was somewhat confused by the request for just one of the twins as well as the man’s request for “the younger daughter.” When queried again, Hickman corrected himself and asked for “the smaller one.”

After Marian’s disappearance was reported to police, the Parker family received a pair of telegrams, signed by “George Fox.” The telegrams told the family to expect further communication and ransom demands. The next day, Parker received a note from “Fox.” The note began with the header “Δ ε α τ η” meant to spell the word “Death” using Greek characters. “Fox is my name, very sly you know,” began Hickman’s note. “Get this straight. Your daughter’s life hangs by a thread and I have a Gillette ready and able to handle the situation.”

Mr. Parker placed the ransom money, $1,500 in cash, in a black bag and drove off to meet “The Fox.” Hickman and Parker met at the corner of 5th Avenue and South Manhattan Street in Los Angeles about 7:30 p.m. on December 17th. Hickman drove up in his car, pointed a gun at Parker and said “You know what I’m here for. No monkey business.” Parker asked, “Can I see my little girl?” Hickman pointed to a tightly tied package in the car that revealed only Marian’s head. Parker handed over the ransom and as they agreed, Hickman drove a block down the road and pushed Marian out of the car. Parker ran down to where his little girl was lying and picked her up in his arms. Marian was dead. The package contained just her head and torso. Her arms and legs had been chopped off where they joined her body. A wire had been wrapped around her head just above her eyes, keeping them open. Her body had been disemboweled and her empty abdomen stuffed with rags. She had also apparently been flogged to such an extent that the flesh on her back was flayed. Her internal organs had been cut out and, along with her severed limbs, were later found wrapped in newspaper and strewn all over the Los Angeles area.

A massive manhunt for her killer began. Huge cash rewards were offered to anyone who could provide information that led to the identification and capture of “The Fox.” Suspicion quickly settled upon a former employee of Mr. Parker named William Edward Hickman. Several years earlier, Hickman was arrested on a complaint by Mr. Parker regarding stolen and forged checks. Hickman was convicted and did prison time. Investigators compared his fingerprints with prints found on the ransom note. They matched. Hickman’s photo was plastered all over the newspapers and sent to every police department on the west coast. Only a week after the kidnapping murder, two officers who recognized him from the wanted posters, found Hickman in Echo, Oregon. He was conveyed back to Los Angeles where he promptly confessed to another murder he committed during a drug store hold-up. Eventually, Hickman confessed to a dozen armed robberies. Hickman never said why he had killed the girl and cut off her limbs, but he did say he was sorry she was killed. His attorneys attempted to enter a plea of insanity for Hickman. The jury wouldn’t buy it. He was convicted of murder. On October 19, 1928, Hickman was hanged at San Quentin Prison. He never expressed any remorse for what he did.