For this challenge, I chose a book that is easily the most affecting and haunting book I ever read. 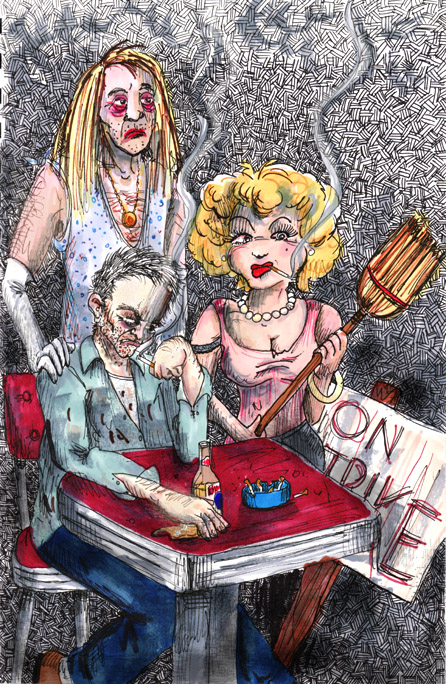 Last Exit to Brooklyn by Hubert Selby, Jr. was written between 1957 and 1964. It was finally published in 1964. In the Eisenhower era of “Leave It to Beaver” and “The Donna Reed Show“, this collection of short stories chronicled the lives of the dregs of society. Centered around The Greeks, a scummy dive diner near the Brooklyn Airbase, it brings to life the most disturbing, disgusting characters and their filthy, drug-filled, liquor-filled, perverted sex-filled existence. Written in a “stream-of-consciousness ” manner, Selby shows no mercy and no pity for his cast of addicts, spouse-abusers, junkies, pimps, prostitutes, transvestites, pedophiles, alcoholics, kiss-asses and other lowlifes. The book is difficult to read on both a structural and content level.

My mother talked about this book a lot when I was a teenager. She said it was the most memorable and gut-wrenching book she ever read. She also forbade me to read it. I finally read it twelve years after my mother died.

if you read the book, you’ll get the joke in my illustration.