The challenge on sugar frosted goodness this week is “superhero“. 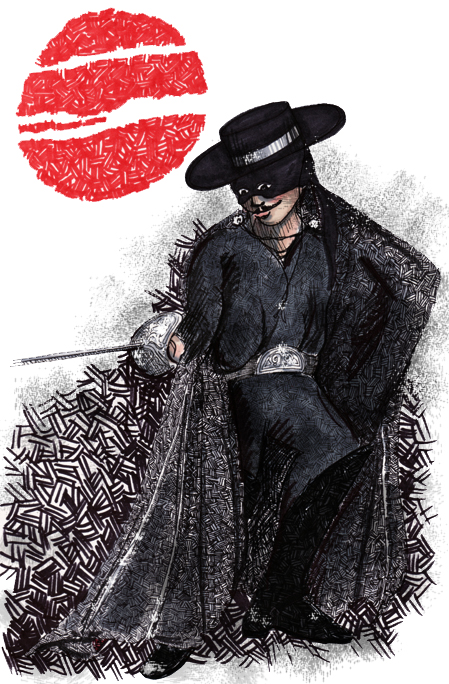 Don Diego de la Vega, the mild-mannered caballero who at night donned the black cape and hood and made his mark against evildoers as Zorro, first made his appearance in print in the All Story Weekly in Johnston McCulley’s five-part series entitled “The Curse of Capistrano,” on August 9, 1919. Douglas Fairbanks generated a sensation in 1920 with his silent film The Mark of Zorro, an adaptation of McCulleys first Zorro story, which remains one of the great classics of that era. Two decades later Tyrone Power and Basil Rathbone starred in the successful 1940 sound remake of The Mark of Zorro.

The most notable character whose creation was highly influenced by Zorro is Batman, created by Bob Kane and Bill Finger in 1939. In the origin, the Wayne family actually attend The Mark of Zorro at the cinema the night Bruce’s parents are murdered, and the future Batman takes some inspiration from the masked hero. Zorro keeps his horse in the basement of his house, and Batman keeps his Batmobile in a similar hideout, the Batcave.

Two superheroes for the price of one.

I realized I did an illustration for “superhero” in January 2007, before I had this blog. You can see it HERE.