The challenge this week on sugarfrostedgoodness is “B is for…” 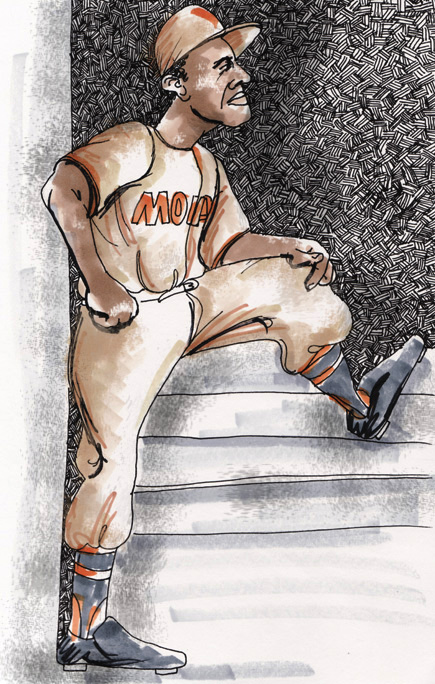 John Jordan “Buck” O’Neil was a first baseman and manager in the Negro Baseball Leagues. In 1937, O’Neil signed with the Memphis Red Sox for their first year of play in the newly-formed Negro American League. His contract was sold to the Kansas City Monarchs the following year. He remained with the Monarchs for the rest of his playing career. O’Neil had a career batting average of .288, including four .300-plus seasons at the plate. In 1946, he led the league in hitting with a .353 average and followed that, in 1947, with a career-best .358 mark. He played in four East-West All-Star games and two Negro League World Series.

In 1948, one year after Jackie Robinson broke the major leagues’ color line, O’Neil took over as player/manager of the Monarchs and guided them to two league titles in 1953 and 1955.

O’Neil left the Monarchs following the 1955 season, and in 1956 became a scout for the Chicago Cubs. He was named the first black coach in the major leagues by the Cubs in 1962 and is credited for signing Hall of Fame player Lou Brock to his first contract. After many years with the Cubs, O’Neil became a Kansas City Royals scout in 1988, and was named “Midwest Scout of the Year” in 1998. In 1990, O’Neil led the effort to establish the Negro Leagues Baseball Museum in Kansas City, and served as its honorary board chairman.

When Buck’s name appeared on the ballot for induction, he fell one vote short.

“If you ever get to meet him/Love is what you’ll feel
Give it up/Give it up/For Buck O’Neil”
– “Buck O’Neil” by Bob Walkenhorst (Click the title to hear the song.)