I pass this guy, in the train station tunnel between 15th and 16th Streets, on my way to work. He is there most mornings, in his tux, playing an unusual assortment of songs on his flute. The one he plays most often… “Hava Nagila“. 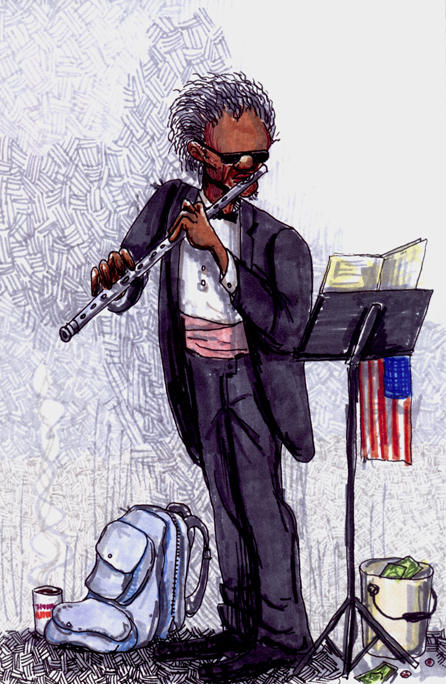 He has no trouble getting coffee. I also pass four Dunkin Donuts, in the underground train tunnel, in a block and a half.