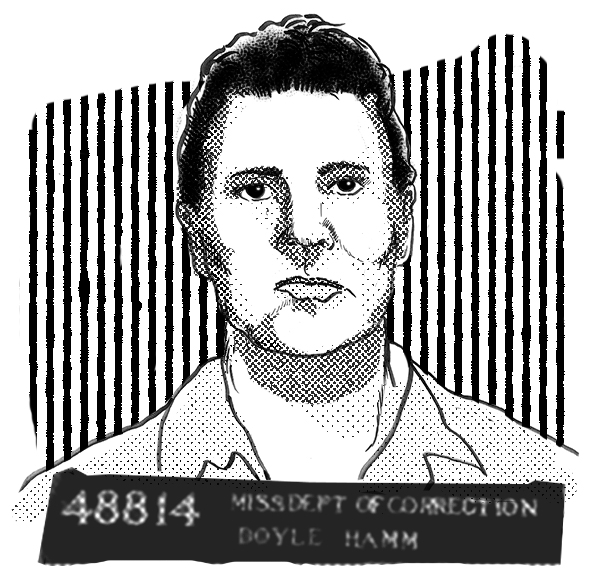 I will not pretend that Doyle Hamm wasn’t a piece of shit. He was. He was also a human being.

Born on Valentines Day in 1957, Doyle’s father and six older brothers had all served prison terms for multiple crimes. Doyle, himself, struggled in school ― dropping out in the ninth grade and turning to drugs. He committed a string of robberies to support his habit. He was sentenced to a five-year stretch in prison as a result of a court-appointed attorney admitting that he was “too busy” to properly review Doyle’s case.

In 1987, Doyle shot and killed the night manager of an Alabama motel during a robbery that netted $410. Two accomplices testified against Doyle in exchange for a lesser sentence. Doyle was given the death penalty.

After 27 years on Death Row, Doyle was diagnosed with lymphatic and cranial cancer. However, the Alabama Supreme Court upheld his sentence and, despite his health issues, his low IQ and his questionable comprehension of his fate, proceeded with plans to put Doyle to death. That was scheduled to happen on Thursday, February 22, 2018.

At 9 pm, after several last-minute stays of execution, Doyle was strapped to a gurney and wheeled into the execution chamber at Alabama’s William C. Holman Correctional Facility. However, two days prior, doctors warned that, due to the nature of Doyle’s cancer and his years of intravenous drug use, they would find it difficult to access a useable vein through which to properly deliver the lethal injection. The execution team struggled for three hours ― poking and sticking Doyle with needles dozens of times in their futile efforts to locate a vein. Finally, they turned Doyle on his stomach, slapping the backs of his legs to try to raise a vein. This, too, was unsuccessful. As a last-ditch effort, they inserted needles into Doyle’s groin ―in six different attempts ― still unable to find a usable vein. However, in the process, they managed to puncture his bladder and femoral artery. As the hour grew late, the execution team gave up. They released Doyle from his restraints on the gurney and he collapsed in pain as he was escorted back to his cell. At a subsequent press conference, Jeff Dunn, Commissioner of the Alabama Department of Corrections, told reporters: “I wouldn’t necessarily characterize what we had tonight as a problem.”

One month after the State of Alabama’s botched efforts to execute Doyle Hamm, they agreed to change his sentence to life imprisonment.

Doyle Hamm died from his cancer on November 28, 2021 at the age of 64. He was the third convicted criminal in US history to leave an execution chamber alive.