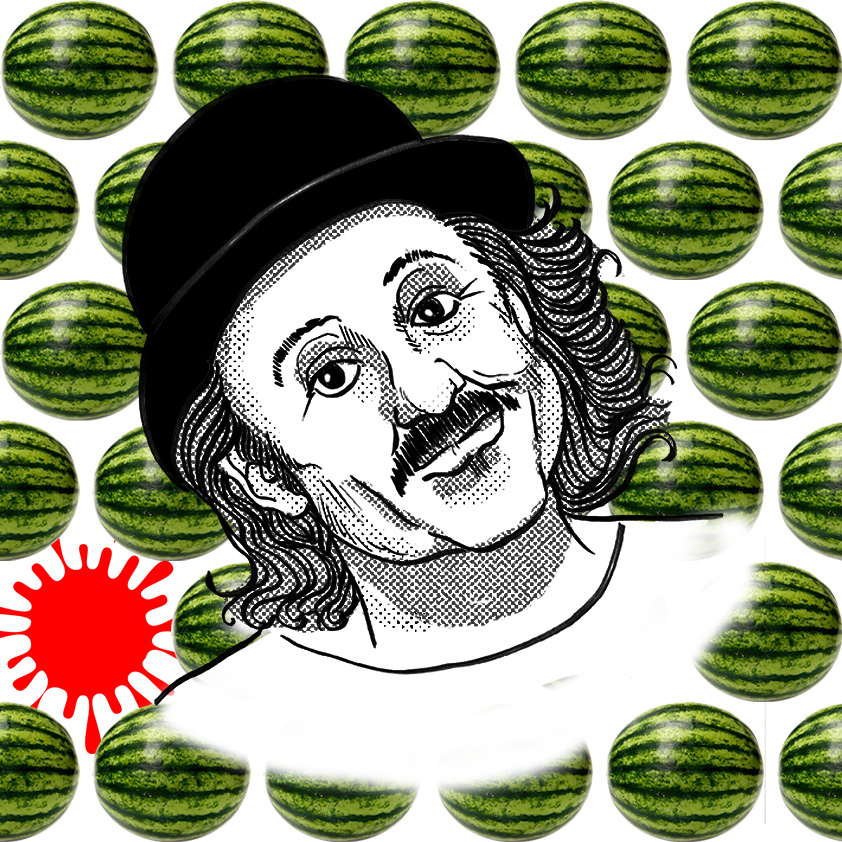 Leo Gallagher Jr, better known by his single stage name “Gallagher,” died this past week at the age of 76. At the height of his popularity in the early 1980’s, Gallagher was arguably one of the hottest comedians in show business. He pioneered the stand-up comedy cable TV special, producing more than a dozen of them for Showtime and MTV. As a touring act, he performed over 3500 live shows, sometimes opening for acts like Kenny Rogers. He popularized the concept of renting a venue and selling tickets himself, as opposed to waiting to be booked. This practice made Gallagher a very rich man. (Later, as his career declined, he claimed that poor investments rendered him broke. His then-manager quipped: “Yeah, we should all be as broke as Gallagher.”)

Then there was the other Gallagher. Ron Gallagher, who was also a comedian. And he was Leo Gallagher’s younger brother. Ron went out to try to make people laugh too. With his brother’s blessing, Ron delivered his brother’s material — including word-for-word lifts of his observational humor, as well as his signature watermelon-smashing Sledge-o-Matic schtick — to audiences at venues much smaller than those his brother filled. Leo was okay with Ron’s act, provided that Ron let audiences know who they were seeing. He stipulated that advertising be very clear that this was Ron Gallagher and not the Gallagher.

Ron complied… for a while.

He began calling himself “Gallagher Too” or sometimes “Gallagher Two.” He wore his brother’s trademark beret and striped shirt for performances. He grew a moustache like his brother and copied his hairstyle. He began promoting his shows with ambiguous advertising, making it unclear which Gallagher audiences would be seeing. Coupled with Ron’s unsavory off-stage antics, Leo Gallagher felt his brand and reputation was being compromised. First, Leo asked Ron to eliminate the “Sledge-o-Matic” portion from his act. When he refused, Leo sued Ron for copyright infringement and false advertising. A trial resulted in a win for Leo, and granted an injunction prohibiting Ron from performing any act that impersonated his brother. This injunction also prohibited Ron from intentionally bearing likeness to his brother.

Eventually, Ron and his act faded from stages. At the time of Leo’s death, the brothers had not spoken to each other in years.