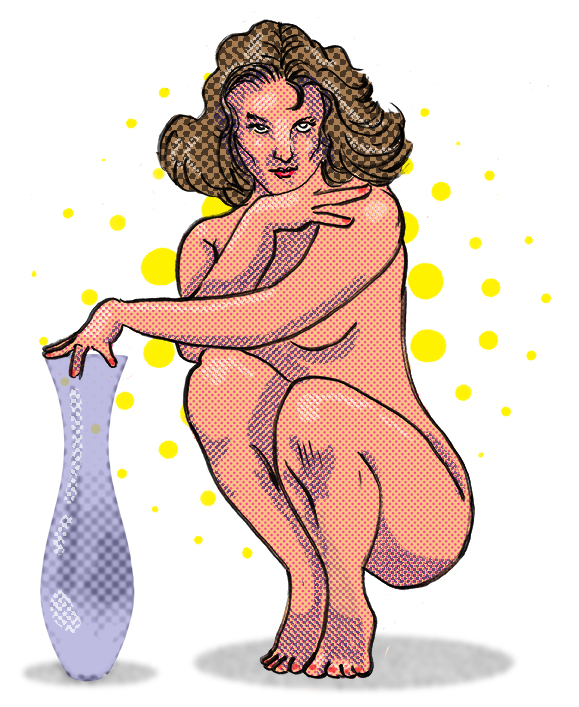 As a teenager, Hollywood-born Diane Webber took ballet lessons from noted dance instructor Maria Bekefi. Diane’s mother, a model and sometime actress, sowed the seeds for Diane’s career path. She worked as a chorus girl at a San Francisco club. In between performing, Diane was an in-demand model, working with the likes of Bunny Yeager and appearing in a number of commercial advertisements primarily in men’s magazines as well as nearly a dozen album covers in the jazz and “bachelor pad” genres.

Using the pseudonym “Marguerite Empey,” Diane appeared in early issues of Playboy magazine. She was one of just a handful of women to be chosen “Playmate of the Month” more than once. Diane was “Miss May 1955” as well as “Miss February 1956.” The latter photoshoot was done by the notorious Russ Meyer, known for his kitschy “sexploitation” films of the 60s and 70s.

Diane used her new-found fame as a stepping stone to an acting career. She starred in a few B-movies, including “Mermaids of Tiburon,” playing the queen of the title characters. She also appeared as a mermaid in a 1967 episode of the action series Voyage to the Bottom of the Sea.

In the 1960s, free-spirited Diane became active in the budding nudist movement, appearing in nudist publications and becoming an advocate for the counter-culture lifestyle. She was subpoenaed by the DA of Sioux City, Iowa to speak on their behalf at a trial involving the mailing of nudist magazines and pending obscenity charges. Diane spoke glowingly about the nudist lifestyle, much to the chagrin and embarrassment of the District Attorney.

In her later years, Diane gave up on acting and took up belly dancing, performing regularly and giving lessons. She ran a successful dance studio and welcomed families to participate, instead of merely pandering to an all-male audience. Years later, Diane worked as an archivist and librarian for a Santa Monica law firm.

Diane passed away in August 2008 at the age of 76. She lived the life she wanted — filled with fun and dance and doing things her way.