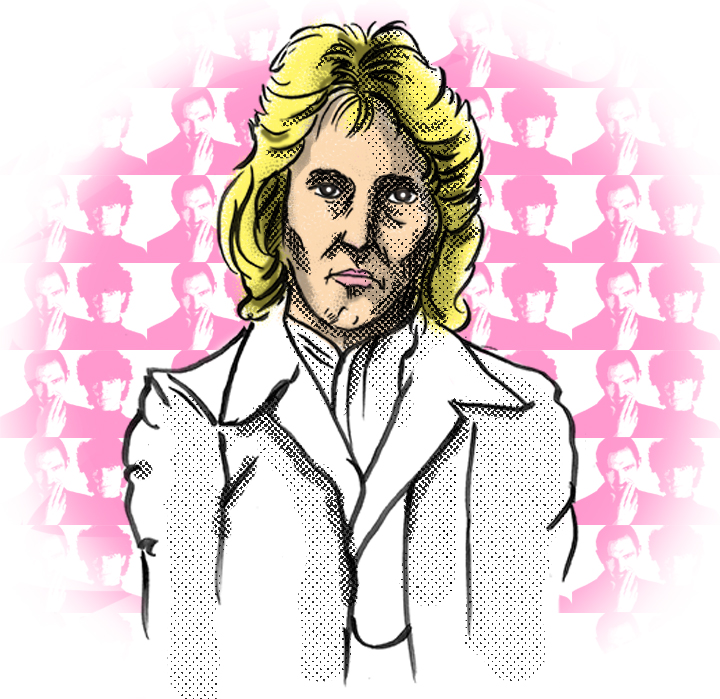 Ron and Russell Mael moved to England in 1973 with plans to conquer the United Kingdom. The brothers placed an ad in Melody Maker to fill out the new incarnation of their band Sparks. Along with bassist Martin Gordon and guitarist Adrian Fisher, they signed self-taught drummer “Dinky” Diamond. The newly-formed band recorded and released Kimono My House, spawning the Top Ten single “This Town Ain’t Big Enough for the Both of Us.” Producer Muff Winwood commented: “Dinky was by no means a great drummer but he suited the material perfectly.”

Sparks’ popularity took off. They became the UK’s new pop darlings. They found their pictures on the covers of music magazines and were soon making multiple appearances on the BBC’s Top of the Pops. The Maels released two more albums with this line-up before announcing their plans to return to the United States. Dinky was devastated. He turned to alcohol to cope.

Dinky joined another a band, but they struggled without success and eventually disbanded. He took odd jobs out of the music industry to pay the bills. In 1998, Dinky and his girlfriend of 21 years moved into a small house in southeast England. Their neighbors were a belligerent couple who played loud music in the middle of the night and had loud, raucous arguments at all hours — in the middle of the street. Dinky regularly called the police, but they failed to handle the situation. He became increasingly frustrated by the menial jobs he was forced to take and the irritating situation with his neighbors. In September 2004, Dinky hanged himself from the loft ceiling of his home. A toxicology report showed a blood alcohol level four times the legal limit for driving. Dinky was 53 years old.