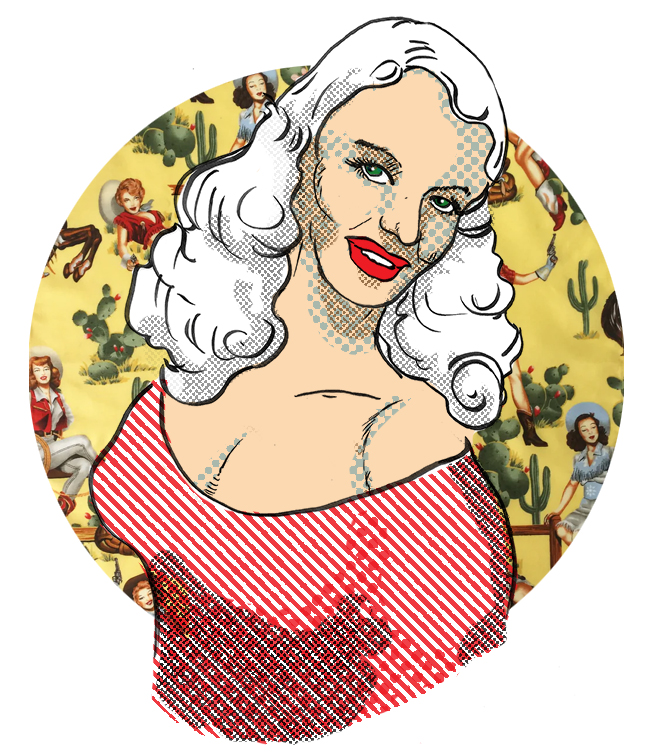 At nineteen, aspiring model Mary Hartline was cast in a fifteen-minute radio series called Teen Town. Shortly after its start, the title was changed to Junior Junction. It featured the vivacious blond as the leader of a town inhabited my teenagers — eight boys and eight girls — along with the town’s mayor, played by future Bewitched star Dick York. During the show’s run, she married producer Harold Stokes, who was twenty years her senior.

In 1949, Mary was cast in the ABC television series Super Circus. Amid a cast of clowns and jugglers, Mary was groomed into a sex symbol to appeal to young boys. Super Circus moved production to New York from Chicago, and Mary was replaced… but not before she parlayed her popularity into a lucrative marketing deal. She lent her name and likeness to dozens of products including dolls, clothes and boots, making her one of the first TV stars to capitalize on their popularity and public appeal.

Mary was married four times, including 8 years to John Paul “Woolworth Donahue, heir to the Woolworth retail fortune and cousin of troubled philanthropist Barbara Hutton. Mary lived in Palm Beach, Florida after Donahue’s deatIh, where she was part of the “old money” society.

She lived out her last days in her hometown of Hillsboro, Illinois. Mary passed away in August 2020 at the age of 92.