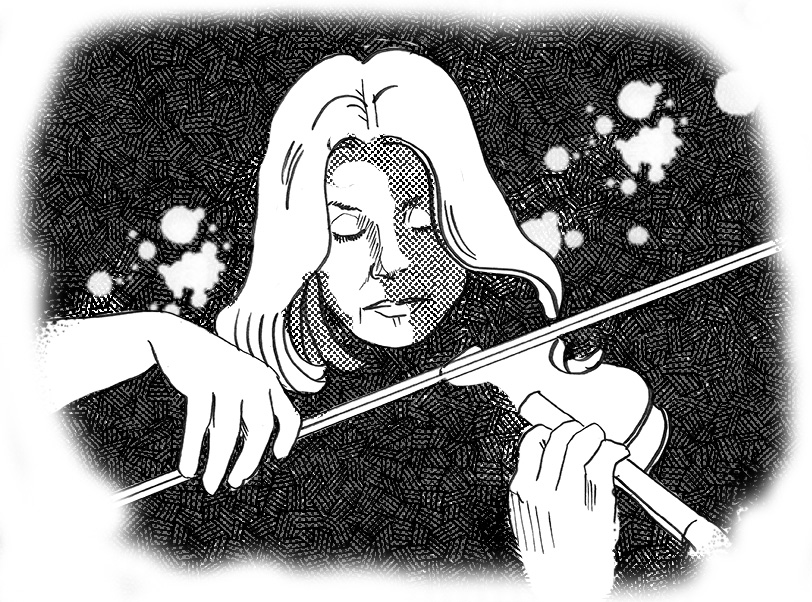 On July 23, 1980, Helen Mintiks, a one-time child prodigy who made her musical debut with the Seattle Symphony as a teenager, was sitting in as a freelance violinist with the orchestra at New York’s legendary Metropolitan Opera House. Just after the second part of the evening’s performance — Astor Piazzolla’s ballet Five Tangos — Helen and the rest of the orchestra took a 45-minute break. She rose, placed her violin on her seat and headed to the backstage area. She was not seen alive again.

At 9;30 pm, the orchestra returned to their seats to play Don Quixote, the next scheduled portion of the evening’s program. However Helen was nowhere to be found. The orchestra played with one empty seat, finishing up the night’s performance with Miss Julie by Ture Rangström at 11:30 pm. Helen’s husband, sculptor Janis Mintiks, was waiting outside for her, as he had done in the past. When she didn’t emerge from the building, he became worried and went to their apartment, thinking they had gotten their signals crossed. When Helen was not there either, Janis grew frantic and he returned to the Met. But authorities had already been contacted. A thorough search revealed that Helen’s street clothes were still in her locker and her beloved violin remained undisturbed where she left it before the orchestra break.

The Met was scoured from top to bottom by teams of investigators. At 8:30 the next morning, they made a gruesome discovery. Helen’s nude and bound body was found at the bottom of a ventilation shaft accessed from the roof. In the wake of the finding, detectives interviewed all 800 employees of the The Met over the next 24 hours. Meanwhile, the New York Medical Examiner’s autopsy determined that Helen’s death was the result of the fall — meaning that she was alive when she was thrown into the six-story shaft from the roof. Further investigation found that the knots used to tie Helen’s wrists and ankles where specific to those used by stagehands.

A witness told authorities that she saw Helen speaking with a stagehand — later identified as Craig Crimmins, hired by the Met despite a reputation as a drug and alcohol abuser — just after the orchestra members resigned for their break. Crimmins was questioned several times, eventually breaking down and confessing to his crime. He explained that he had been drinking. He entered a backstage elevator with Helen and was angered when she rebuffed his unwanted verbal and physical advances. Enraged, he forced her to the roof, tore her clothes, tied her up and kicked her down the ventilator shaft.

A trial in early 1981 found Crimmins guilty of attempted rape and murder. He was sentenced to 20 years to life. His parole has been denied every year that he was eligible.