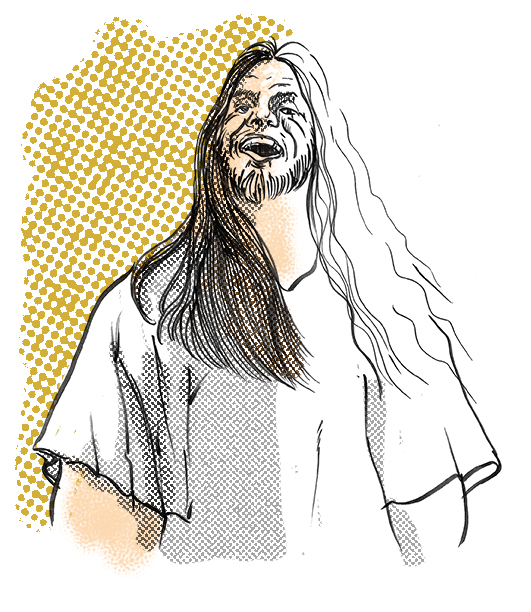 Shannon Hoon had two passions — sports and music. In high school, he wrestled, played football and was a pole vaulter on the track and field squad. Influenced by The Beatles, The Grateful Dead and Bob Dylan, Shannon began to front various bands on weekends.

At 18, Shannon left his native Indiana for the bright lights and promises of stardom in Los Angeles. At a party, he met several young musicians and soon a band was formed. Shannon named his band “Blind Melon,” a dismissive nicknamed his father used to refer to “stoners.” He hooked up with his sister’s boyfriend (and fellow Indiana transplant), also a musician in a band. The boyfriend — Axl Rose — asked Shannon to help out on some songs his band was recording for a scheduled album release. Shannon happily contributed backing vocals to songs on Use Your Illusion I and II, released in 1991.

Blind Melon released their debut in 1992. They toured with Ozzy Osbourne, Guns N’ Roses, and Soundgarden overt the next year, with their single “No Rain,” a Billboard Top 20 song, getting airplay all over the world. Blind Melon toured extensively over the next two years. On a stop in Vancouver, Shannon was arrested after exposing himself and urinating on an audience member. In 1994, Blind Melon performed at the notorious Woodstock ’94 festival. Shannon, high on LSD, did the show while wearing his girlfriend’s white dress.

During a break from touring, the band released Soup, their second album. Shannon, by now a heavy drug user, allowed a drug counsellor to accompany the band on tour. After a disappointing show in Houston, a distraught Shannon went on a drug binge as the band travelled to New Orleans for the next stop on the tour. In the afternoon of October 21, 1995, Blind Melon’s sound engineer went to the tour bus to wake Shannon for a sound check. He found the singer unresponsive. An ambulance was called and Shannon was pronounced dead at the scene. He was 28 years old.