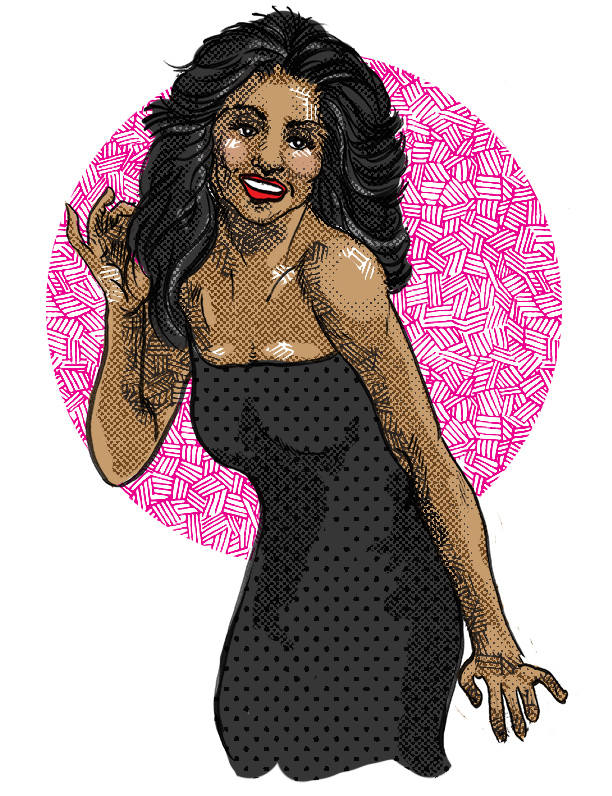 In 1963, music impresario Richie Barrett was looking for the next “big thing.” He was responsible for discovering and promoting such popular and, more importantly, top-selling musical acts like Frankie Lymon & The Teenagers and Little Anthony & The Imperials. Barrett assembled a trio of Philadelphia teenagers and dubbed his new group The Three Degrees. The group changed members over the years, always keeping its pretty lead singer Fayette Pinkney at the forefront.

In 1974, The Three Degrees were the featured vocalists on the R&B hit “TSOP (The Sound of Philadelphia)” by MFSB, a group of seasoned studio musicians formed by the legendary Kenny Gamble and Leon Huff at the famed Philadelphia Sigma Studios. Later the same year, The Three Degrees scored a Top Ten hit with “When Will I See You Again.” In all, Fayette and her band mates enjoyed success with seven Top 40 hits in the United Kingdom. They also performed on the NBC sitcom Sanford and Son.

Fayette began dating singer Lou Rawls and Barrett didn’t like it one bit. He ordered her to end the relationship, threatening to fire her. Fayette stood her ground and stayed with Rawls. Barrett — true to his word — dismissed Fayette, replacing her with original group member Helen Scott. After being let go from The Three Degrees, Fayette flew to England to record her one and only solo album, entitled One Degree. The album was well received by both fans and critics, but Fayette was finished with the music industry.

Fayette returned to school and earned a earned a Bachelor’s degree in psychology from Temple University and a Master’s degree in human services from Lincoln University. She worked as a psychologist, as well as a vocal coach. She also sang with her church’s choir.

In 1994, Fayette’s daughter passed away from sudden infant death syndrome just two days after birth. In 2009, Fayette passed away unexpectedly from acute respiratory failure. She was 61 years old.