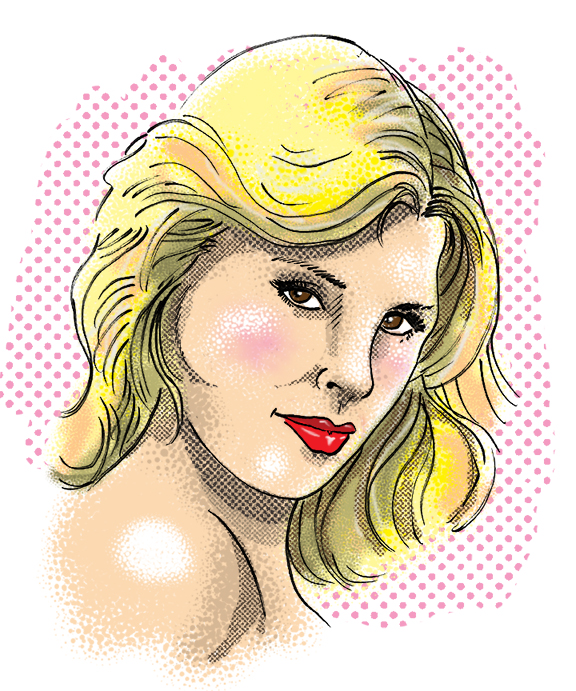 On August 13, 1980 — the two-year anniversary of her arrival in Los Angeles from her native Vancouver — Dorothy Stratten was murdered by her estranged husband Paul Snider, who then turned the gun on himself. But, this isn’t really a story about Dorothy Stratten, the beautiful, but ill-fated actress and Playboy centerfold. This story actually begins at her funeral.

Dorothy was filming the romantic comedy They All Laughed when she began a secretive affair with the film’s director Peter Bogdonovich. The tryst continued after filming wrapped. Bogdonovich knew that Dorothy was technically still married, but she had not seen her husband Snider for months. Snider had a well-earned reputation for being abusive and controlling, so he was shielded from Dorothy by Bogdonovich and Playboy publisher Hugh Hefner. Just after They All Laughed ended production, Snider murdered Dorothy. Bogdonovich was inconsolable.

At Dorothy’s funeral, Bogdonavich was introduced to Dorothy’s mother, Nelly Hoogstratten and Louise, Dorothy’s 12 year-old sister. From conversation — and commiseration — he learned that the family was having difficulty making ends meet. Their main source of income was the money that Dorothy had been sending home on a regular basis. Bogdonavich was taken by their situation and began supplementing the family financially. He took special interest in young Louise, paying her tuition for a private school, enrolling her in modeling classes for which he also paid the bill. He bought her a grand piano and took her on trips to Hawaii and Europe. Upon her high school graduation, Bogdonavich bought her a brand-new Pontiac Trans Am. He even gave her a small role in his film Illegally Yours.

The couple remained married for thirteen years, divorcing in 2001. Just prior to their marriage, Peter released a book about his relationship with Dorothy Stratten entitled Killing of the Unicorn: Dorothy Stratten 1960–1980. It was a very controversial release, detailing episodes with Dorothy that Bogdonavich remembers differently than others who were present at the time. The book prompted threatening legal action, forcing Bogdonavich to file for bankruptcy, but determined to have the book published.

Bogdonavich’s career has been a roller-coaster of high highs and low lows.

Who knows what Dorothy Stratten’s career could have been?